on September 01, 2013
Hello Everyone! Here is the second post I am writing from Helsinki, and it will be about the weather shock we´ve experienced during the first 6 days of staying.

After living my whole life in a country where the 4 seasons are the really FOUR seasons, with extremely hot summers and with very cold winters... than after living 3 years in a mediterranean city where there is no actually a normal winter, I came to Finland - where on the 31 of August I had to look through my WINTER clothes to be able to go out. 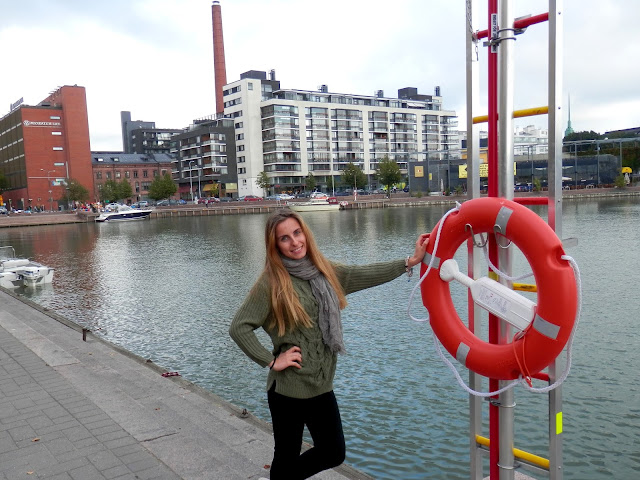 That is what I call weather shock. The pictures were taken on the 31 of August 2013. 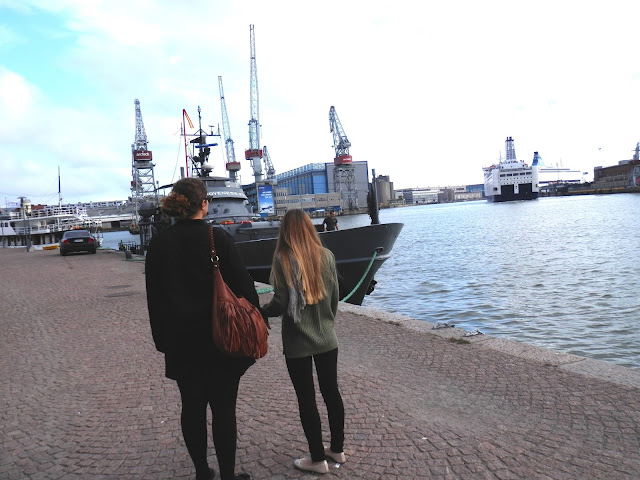 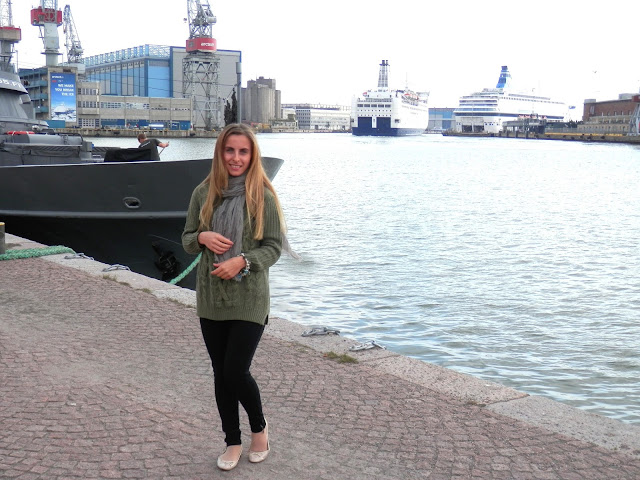 There will be a lot of water in the pictures during the year, it is because Finland is the country of many many lakes. It is also well known for its number of forests ... or till the moment what I have seen is the big amount of green spaces all over the country. It seems that the air here should be really clean - and actually I guess it is so, because there aren´t as many cars as in other capitals (or big cities) that I´ve visited. 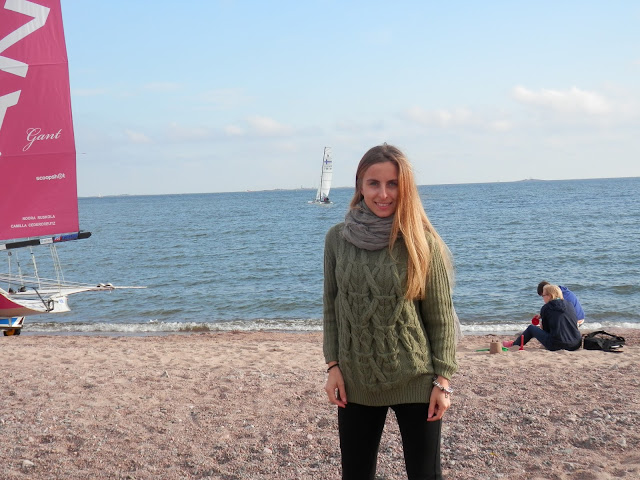 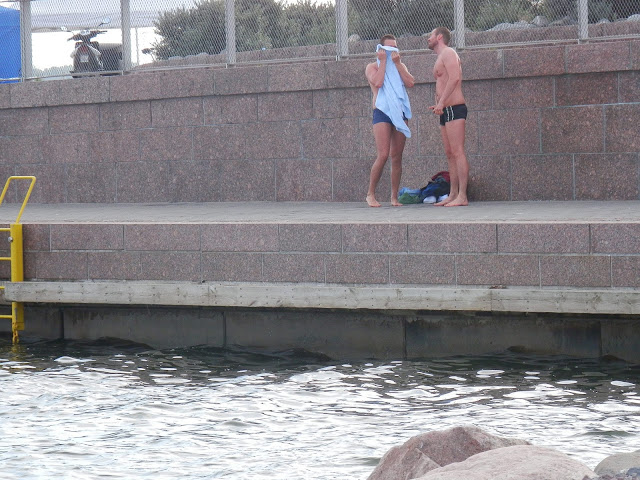 The girls, my classmates in Valencia, Spain, and also here in Helsinki. My readers are going to see plenty of them as well. :) I just hope they don´t mind :)   Claudia and Andrea 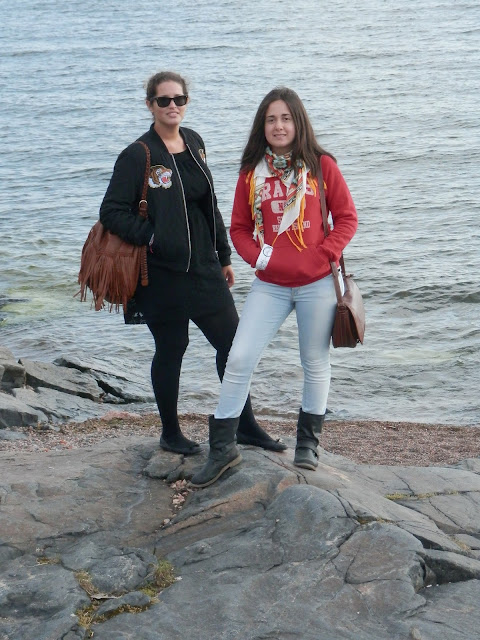 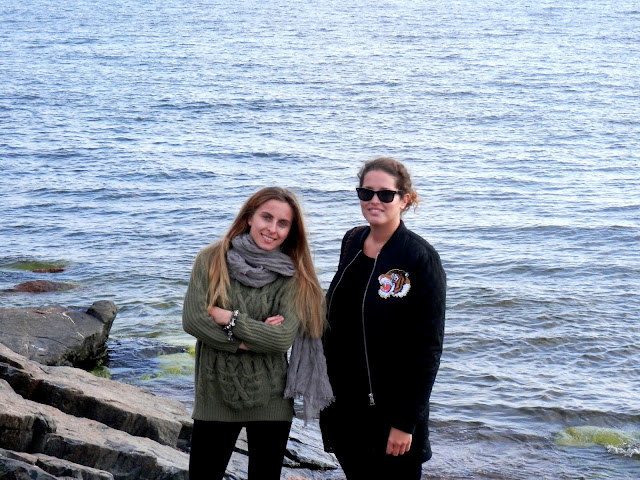 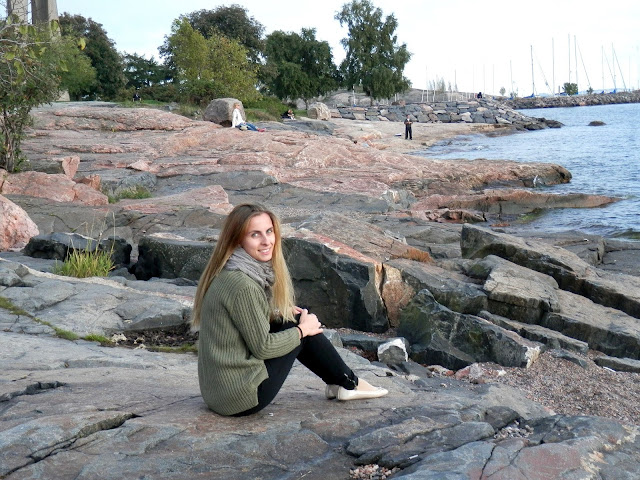 Yes! It was nice to see, BUT - seems like that ILONA couldn´t manage very good the business so it is now closed. 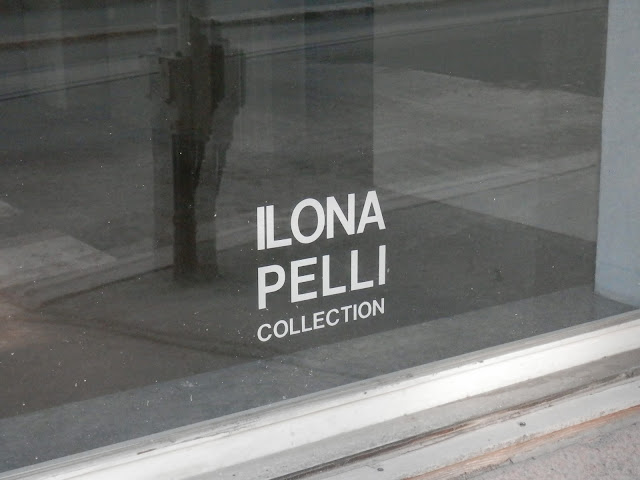 Just an introduction to a post I will make sometime about the buildings in Helsinki. I were really impressed about its style, colours, massiveness and so on. 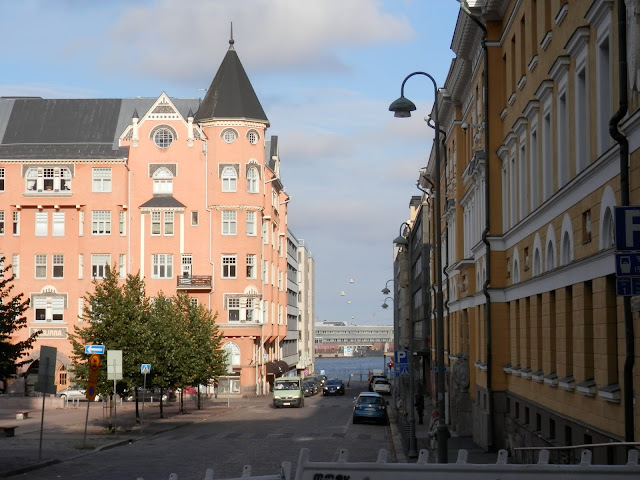 That is all for now... Thank you for entering, seeing the pictures, and for those who read the essay that I wrote here,  thanks for that too. You are great!
Erasmus Experience Erasmus in finland Finland Helsinki for erasmus students Helsinki in August Me Myself and I Weather in helsinki