on September 14, 2013
Lakes, nature, weather - of course are big issues in Finland, but for me the most interesting and unbelievable were the quantity of BICYCLES on the parking lots.

So the first fact about Finland will be about Bicycles and Bicycle Parckings. I hope you observed that i wrote the both words with capital letters, it has a simple explanation: You better have a Bicycle unless you don´t have any authority on the roads. :)  Sounds bad but true. The Bicycles are the owners of the streets, roads and so on.

In Moldova - we  use bicycle as a way of passing time. In childhood it´s a way of playing with your friends, or without (if you don´t have them), the teenagers use them pretty for the same purpose, and maybe for something more, I don´t know. I also could observe that there are sometimes different kind of activities that imply the participation on a bicycle.

In Spain - they are mostly used by the students (scholars and university students) as a way of getting CHEAPER to the study unit. The public transport prices are quite high, so a bicycle is a good alternative. Valencia even have a big PLUS because it is a nice and convenient weather during the whole year. There are  also special services that provide you bikes for X euros per month. But I think that the ERASMUS students or tourists are using this services more than spanish students/tourists/people.

Another place where you can find a looooot of bicycles are on the highway or some remote mountain. The weather in the south of Spain is just perfect to practice this sport. I knew a man that were coming each year from UK to do the bicycle route through the spanish mountain.

In Finland - I´ll try to be brief. The part of the street for bycicles is SOMEHOW twice bigger that the one for normal people that are walking. I already saw 3 finnish young people that were waiting for the bicycle to pass, or that were moving aside just to make it more easy for a bicycle to pass. I was shoked. The parcking lots are FULL with bicycles. This country/city is really special. The public transport isn´t much more expensive than in Spain, and if you are a student it even benefits you a lot. But they use the bicycles as a main way of transportation in the city where they live. It can be to go to the uni, to work, to meet with friends and for a lot more reasons. If I would stay here longer, maybe I would take into consideration to buy one for me :)

This is what I mean: http://www.visithelsinki.fi/en/see-and-experience/activities-in-helsinki/active-cycling-in-helsinki 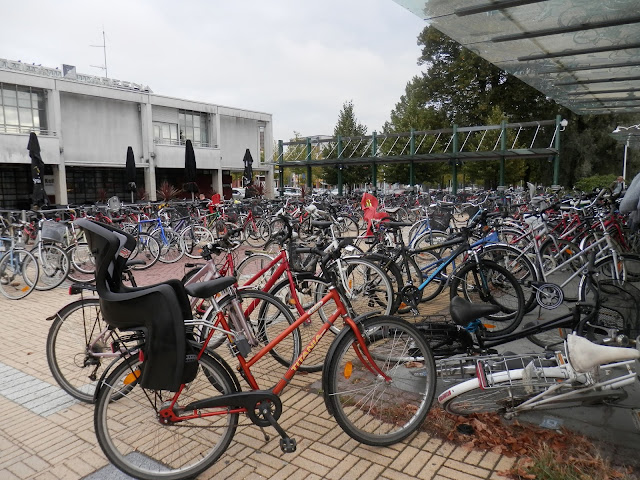 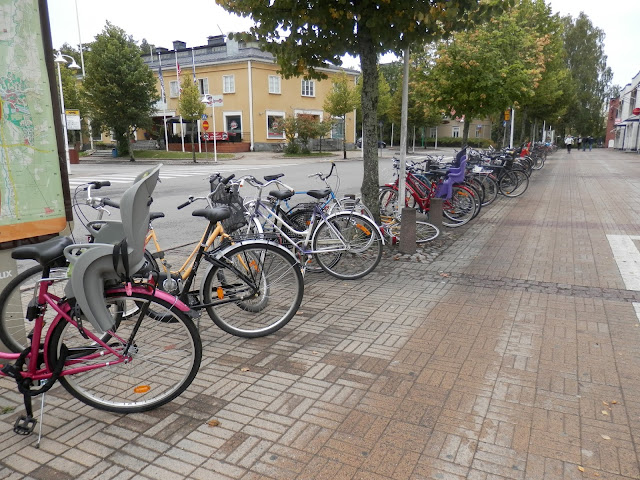 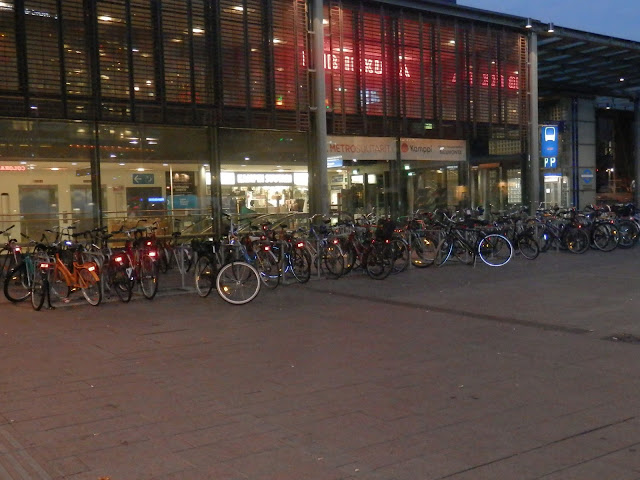