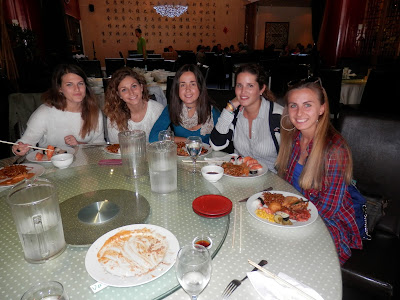 Last Friday we went with our "Tourism Erasmus Team" and our Lovely Tutor to another Buffet. I really hope that from now on it will become a tradition to visit some BUFFET Place for LUNCH (Or after lunch, or before luch, or whatever :) ) on Fridays.


For 12.90 each of us could eat as much as he/she wanted, could drink water (the waiters were constantly refilling it) and than at the end to have tea or coffe (I guess that also was for as many times as one wanted ).

I didn´t have time to take other pictures because at the beginning I were too hungry for that, and at the end I were too full! So I just could take some pictuures of my plates. (Just 2 - I couldn´t eat more) 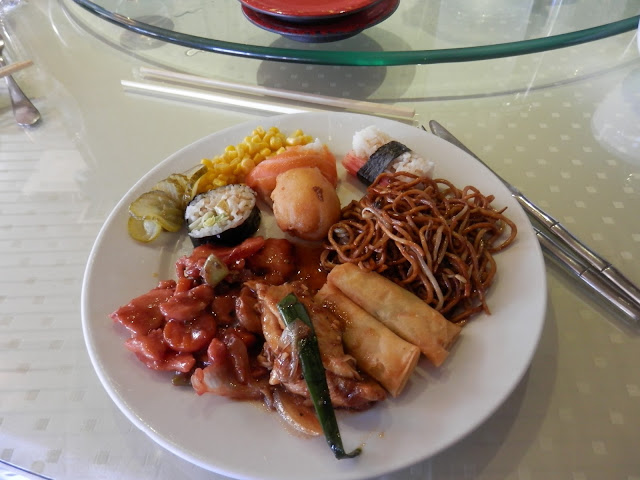 As you can see the first plate is EXTRA FULL. I Just took 2 sushi´s, I was thinking at that moment that I don´t like them. 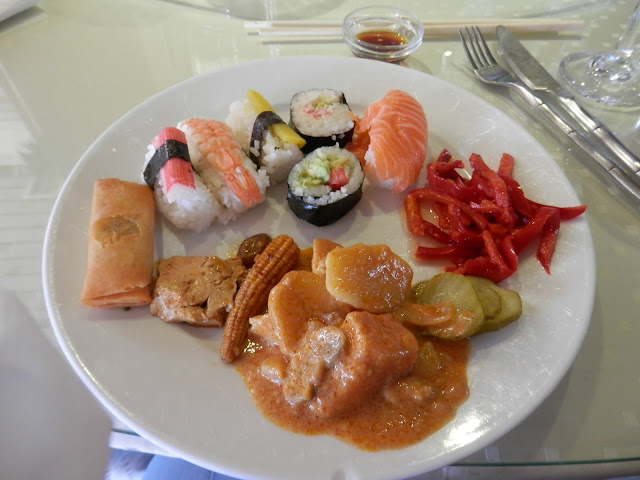 You can see here my second plate, half of it is SUSHI. Well resulted that I really like them. I´ll have to repeat. Even though I think I saw people in Facebook uploading more beautiful pictures of "their sushi" :)) 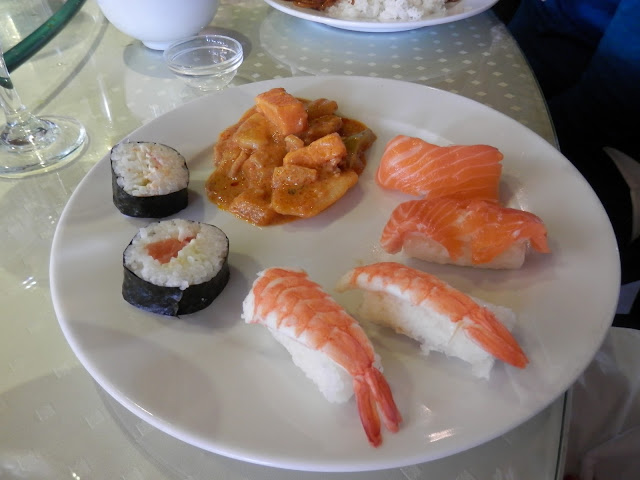 This was my friend´s plate. Poor, isn´t it? 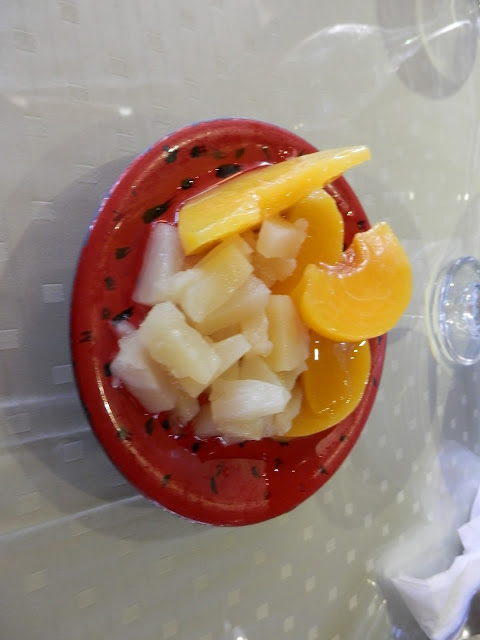 The biggest minus: They don´t have dessert! So I found some fruits there, and made myself a dessert, (The fruits are actually going with salad, for those who like it). 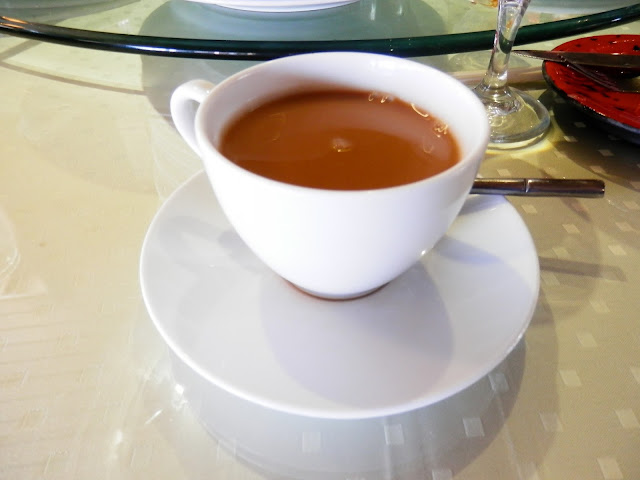 And a GIANT CUP OF COFFEE!

This is how our BUFFET FRIDAY at an ASIAN RESTAURANT was.

Good Appetite everyone, and LOVE THE BUFFETS!