on February 08, 2014
Accessibility in Tourism - one of the subjects I am studying this year at Laurea University of Applied Sciences. It may look like an easy, simple, not-a-lot-to-study-about topic at the beginning, but the truth is that accessibility in tourism is a very important factor nowadays and which is multifaceted, conceptualized through a range of diverse theoretical discourses and networks (Buhalis D., 2010).

It  is an Eastern Orthodox cathedral in Helsinki, Finland, dedicated to the Dormition of the Theotokos (the Virgin Mary). Its name comes from the Old Church Slavonic word uspenie, which denotes the Dormition. Designed by the Russian architect Alexey Gornostaev (1808–1862). The cathedral was built after his death in 1862–1868 (Wikipedia). 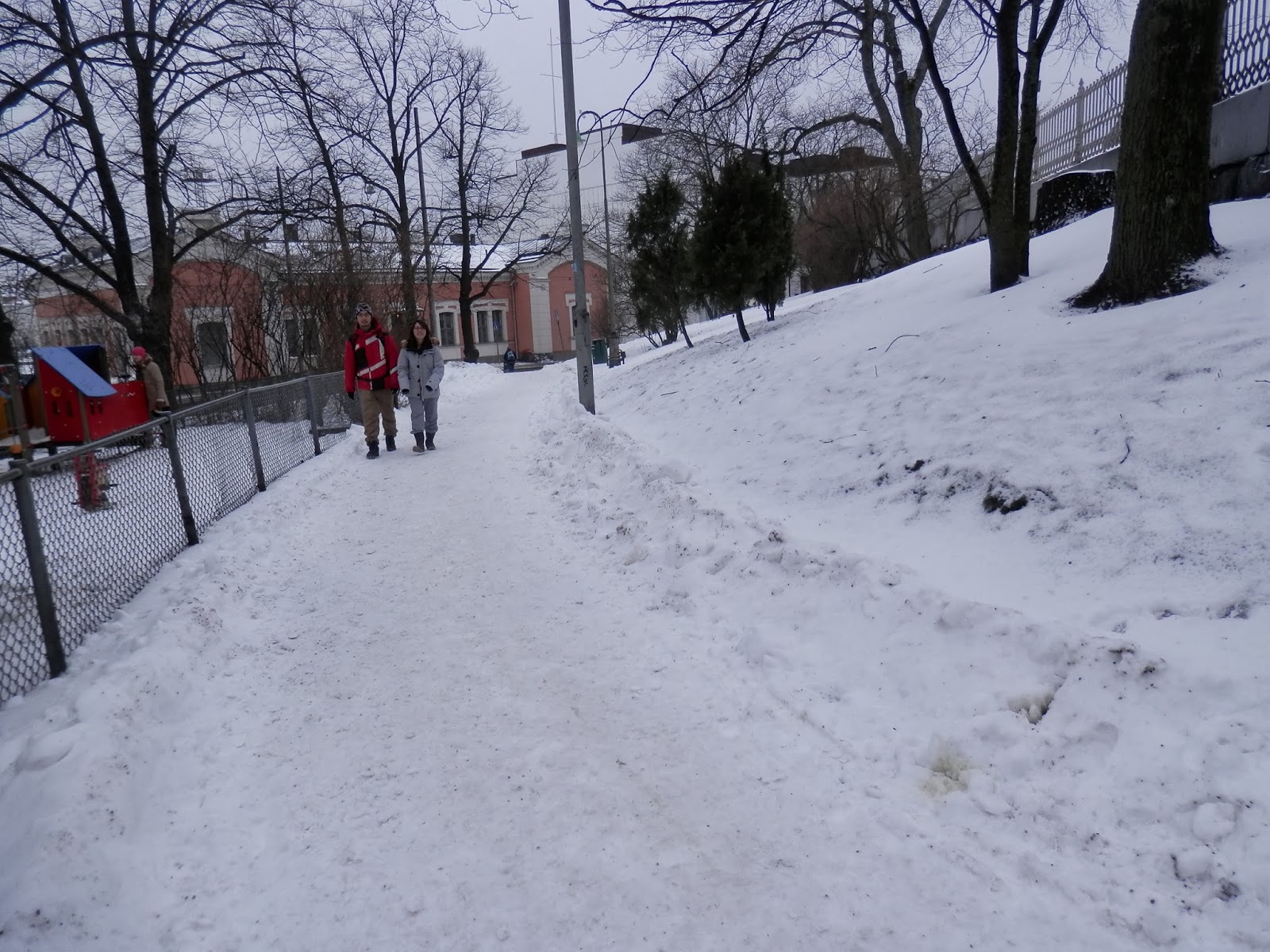 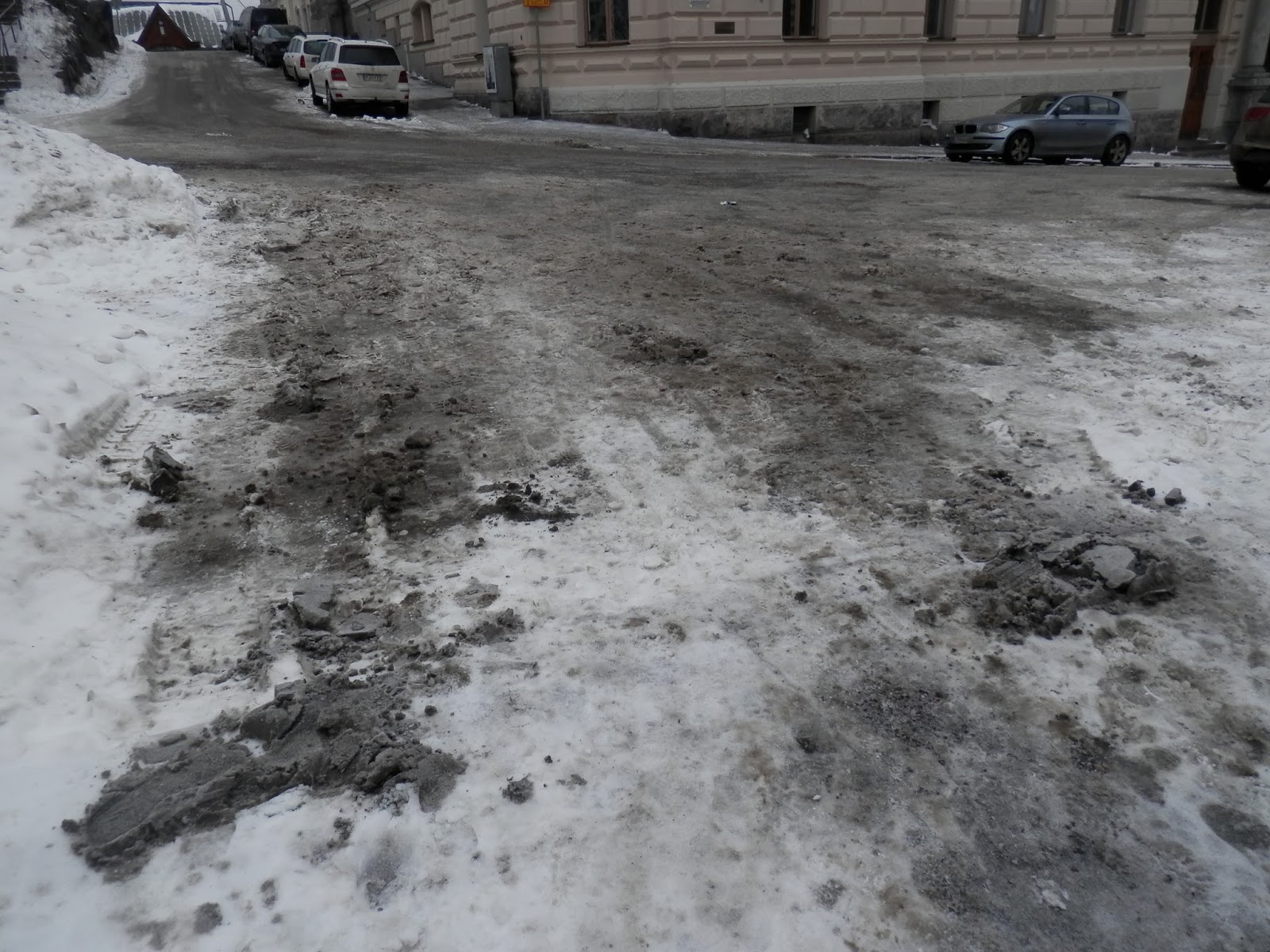 Before even entering on the territory of the Cathedral, we could observe that it is difficult to access it because of the snow and dirt. Even though there are several entrances, each of them would require much effort for disabled people. 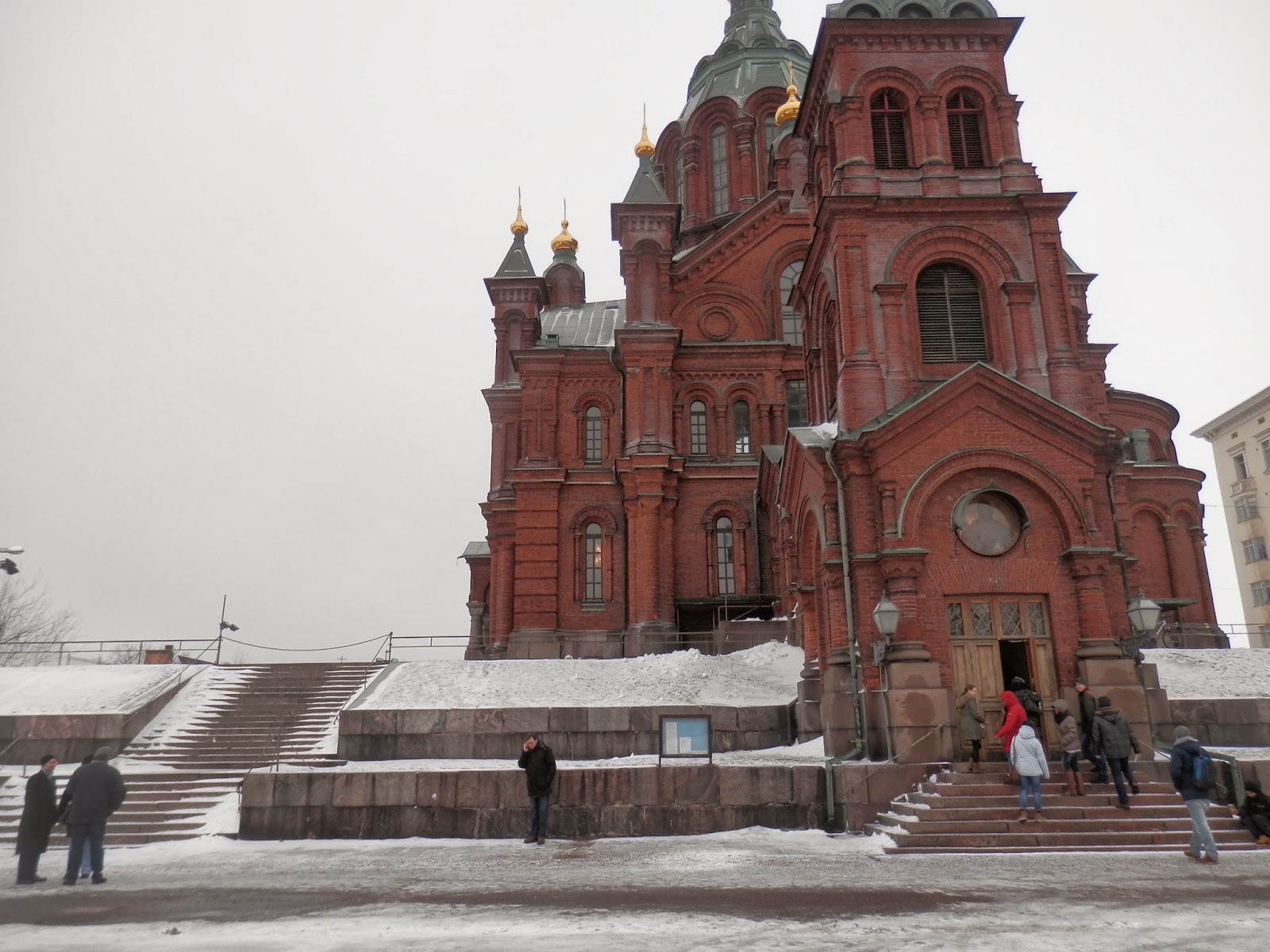 To enter the Cathedral itself one can use 2 entrances, but both of them require using the stairs. You can see it from the pictures above. 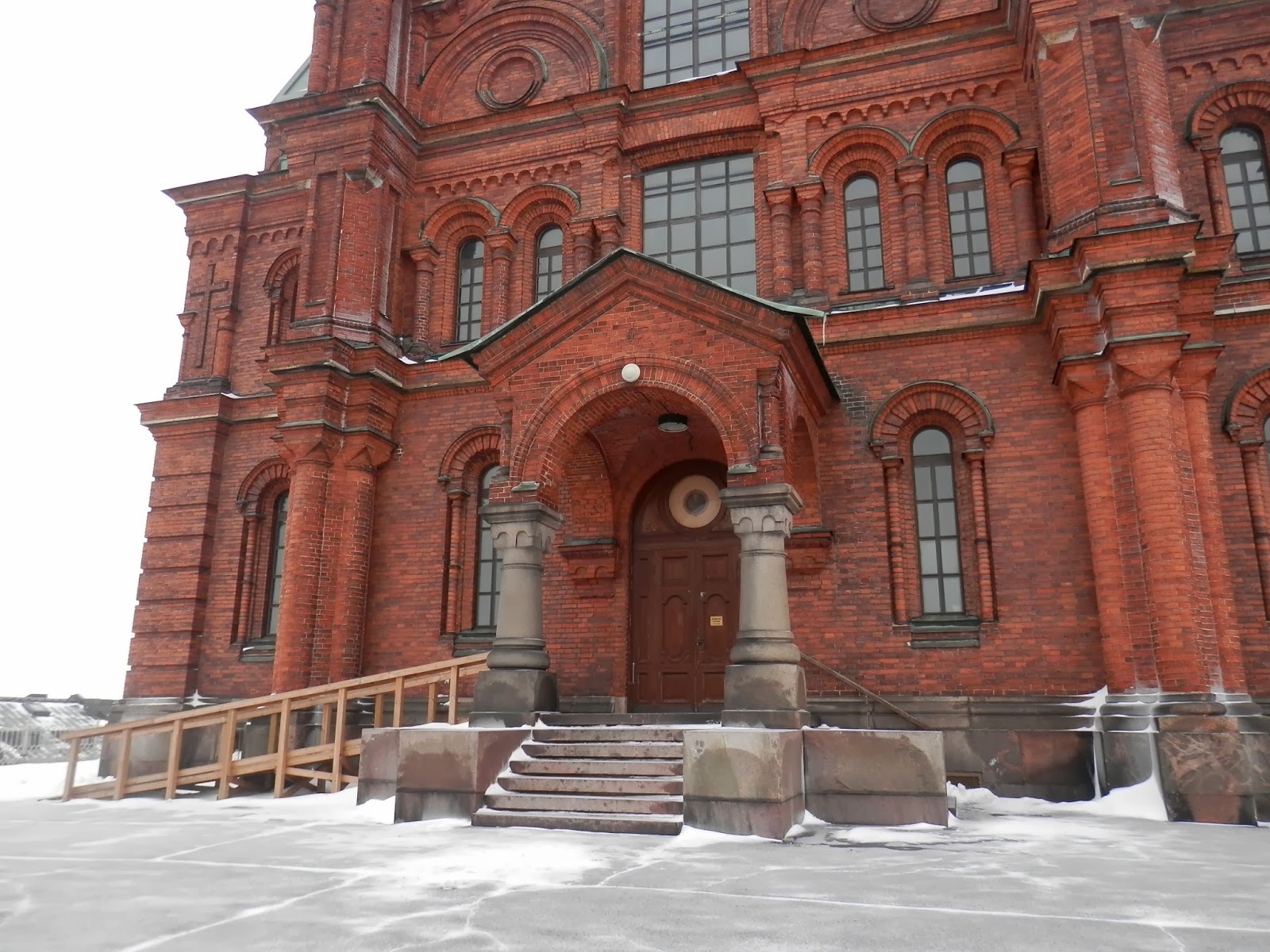 We asked from an employee if there is a ramp/elevator or some other service for those who have any kind of disabilities. He showed us this small platform (picture above) that is hidden and which was built the last year for a wedding ceremony of an important person. Moreover this platform is there, noone knows for how long because it is forbidden to change this kind of old buildings even with small details like this ramp. This is why it is hidden. 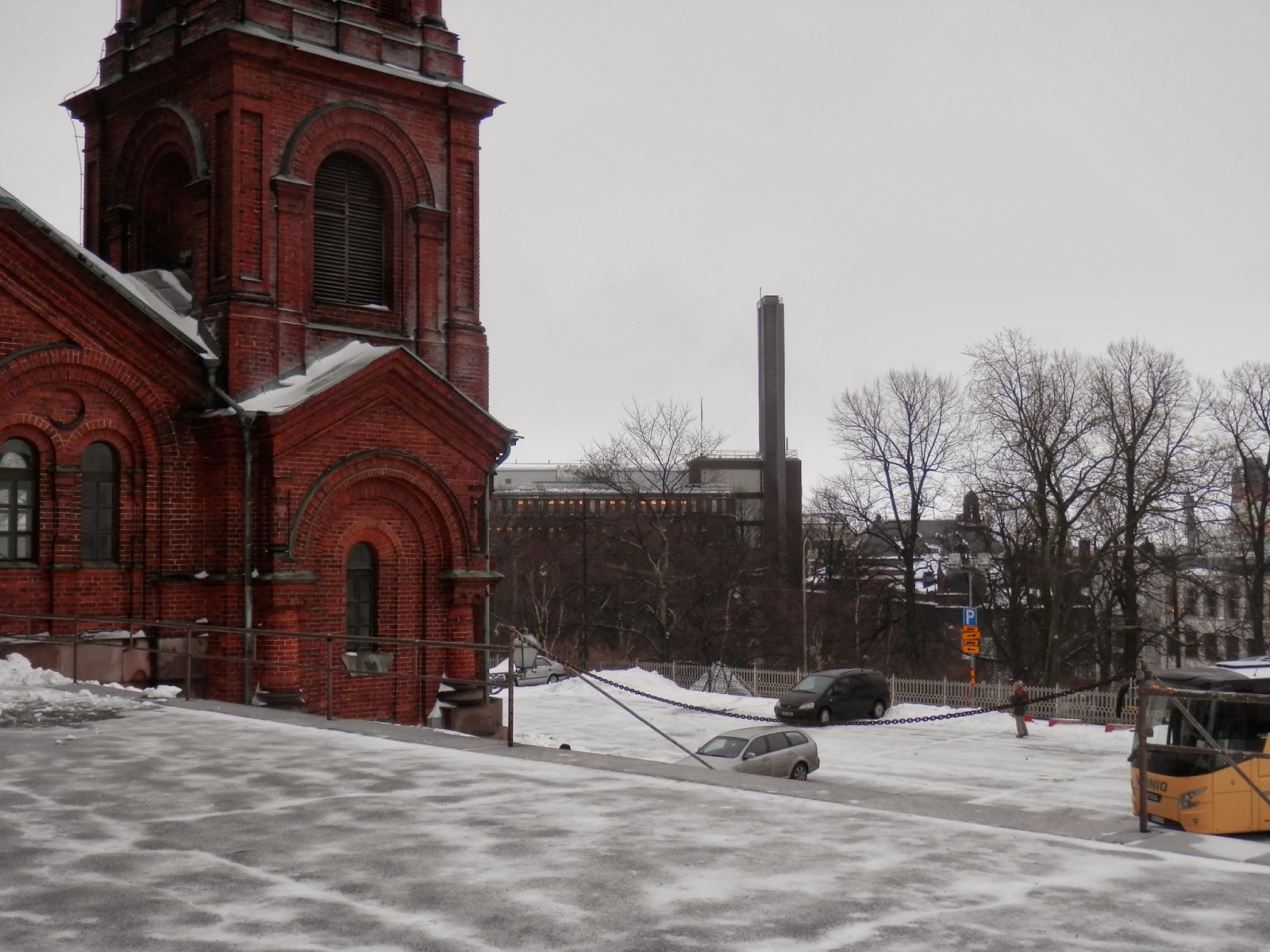 In winter time this access to the cathedral is also closed because it may be dangerous. 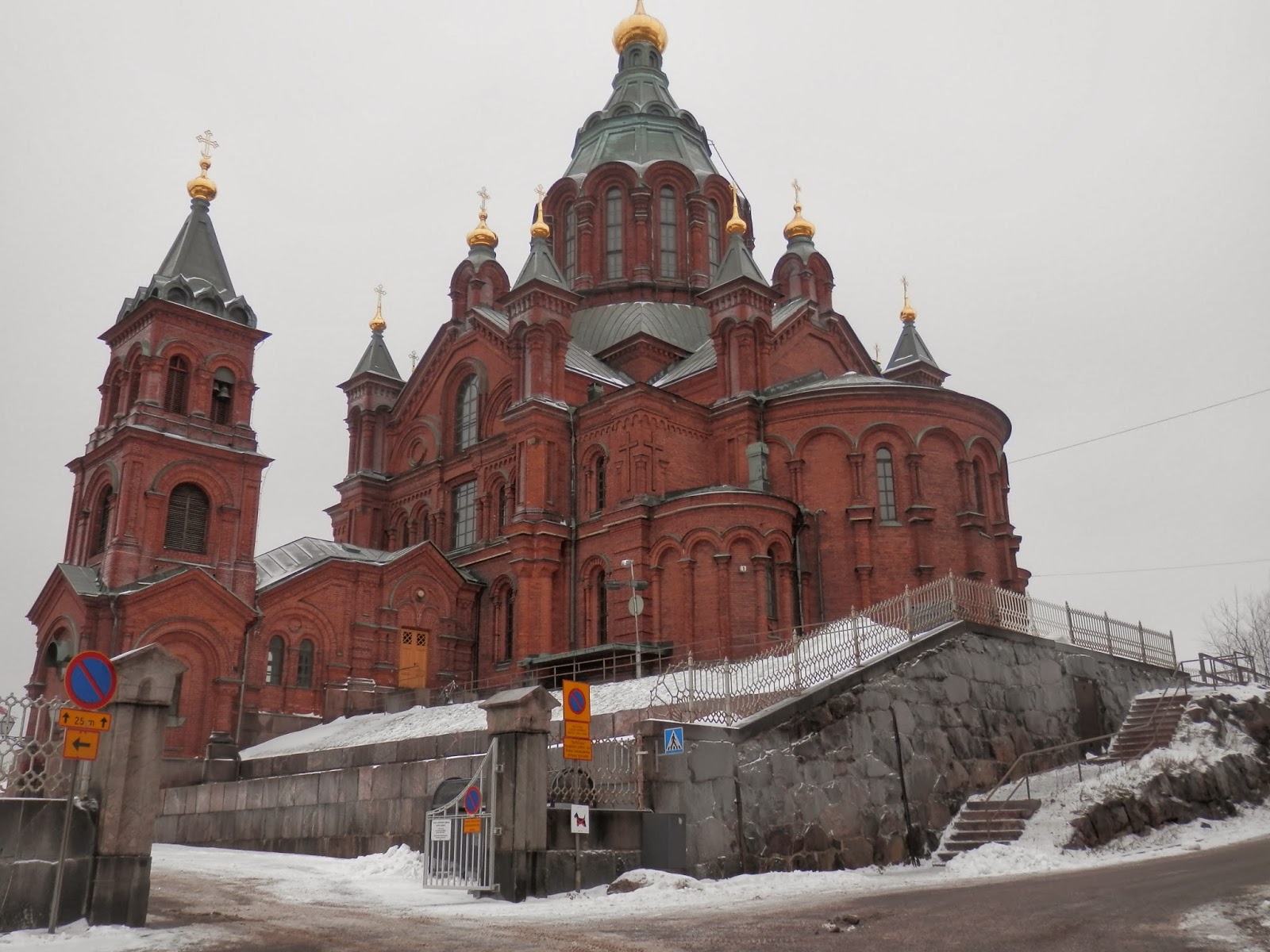 You can observe the two entrances on the territory of Uspenski Cathedral. From my point of view, a person in a weelchair won´t be able to enter the Cathedral alone. The employee also showed us other facilities for disabled people that they have. For example they have a special zone where the sound is louder. (I couldn´t take pictures inside)

From my point of view the accessibility to this Cathedral is much more harder in winter time. It is a big plus that there are some facilities for people with disabilities, but at the same time it is a shame that the initiative  to introduce more of them doesn´t come from an upper-scale, more than that, it is difficult to implement them without a written agreement, which many times is impossible to get.

It is a very nice and emblematic Orthodox Cathedral in Helsinki, but as we´ve been told, for old people it is hard to get inside, so they are just going to another one. I think that this kind of "touristic attractions" shouldn´t be accessible just for tourists, but for the local population as well. In other case, following this simple equation this is how a small incident may lead to missunderstandings between local population and tourism policies. Tourism professionals should always act pleasing the tourists, but also taking in consideration the needs and the rights of the locals.