ITB Berlin Through My Eyes 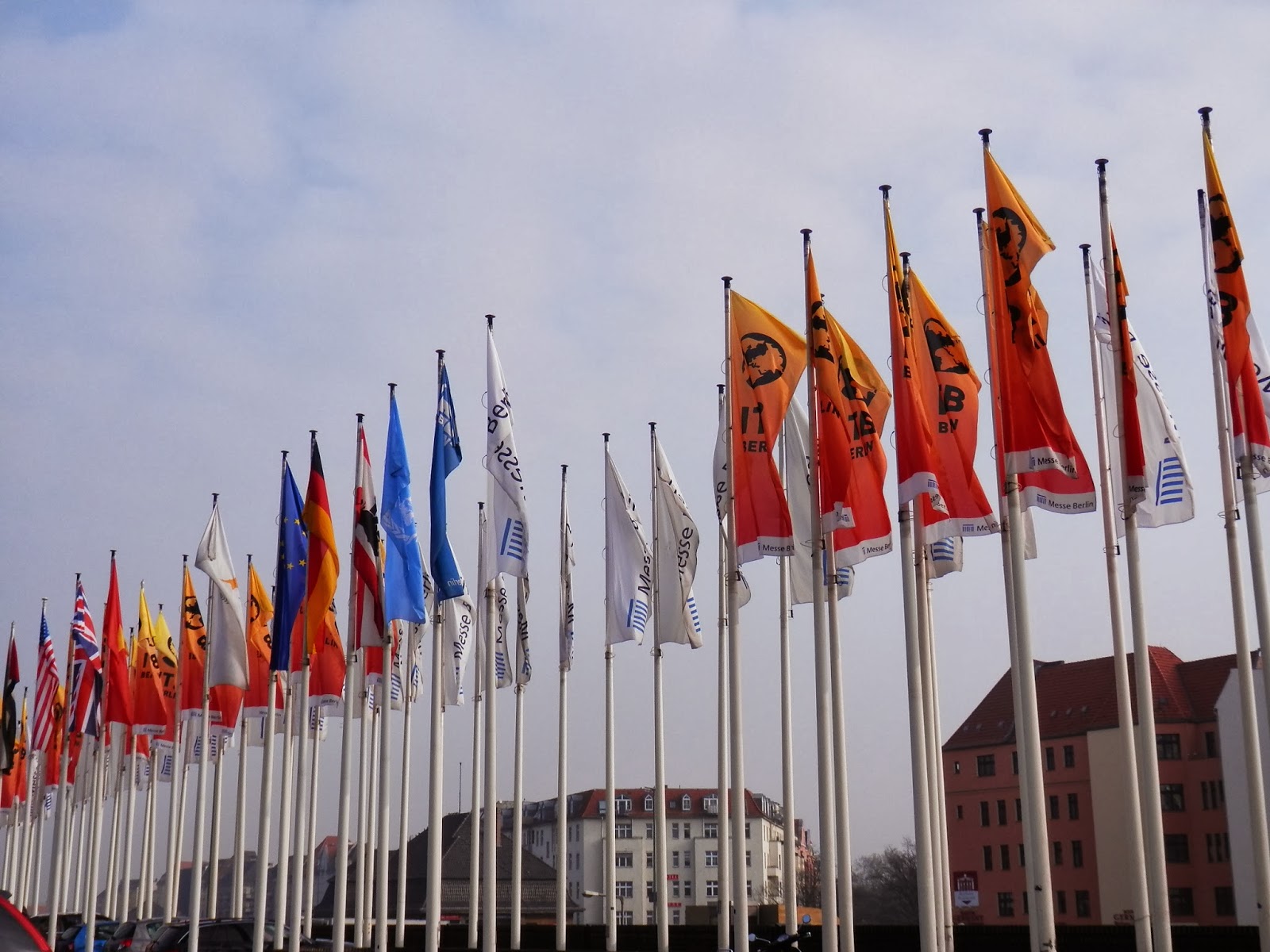 (EN) Since November (when I missed World Travel Market 2014) I knew that I have to get to the ITB Berlin. There is nothing that interests me more than Tourism related topics, and I still don´t know what am I going to do with all the information I gather in my head and in my computer, but I am optimistic - one day I´ll do something. For now, I write the blog and I study what I like.

More than the exhibition I was interested in the Convention itself. To listen to professionals, to study about trends and innovations in tourism, to see what is the world doing and where is it going, all in one place. I cannot explain how I felt being there, but words like overwhelming and terrific are not enough.

I payed 32 euros for one day of convention, because the exhibition is free. But I don´t regret paying it, I just regret not having the possibility to visit it the rest of the days.

I was there at 10 a.m, just when the doors opened. I won´t lie, I was a little bit lost the first...  eight hours and a half. :) Messi Berlin is a huge complex of buildings, with 3 floors each! I didn´t see anything like that before! 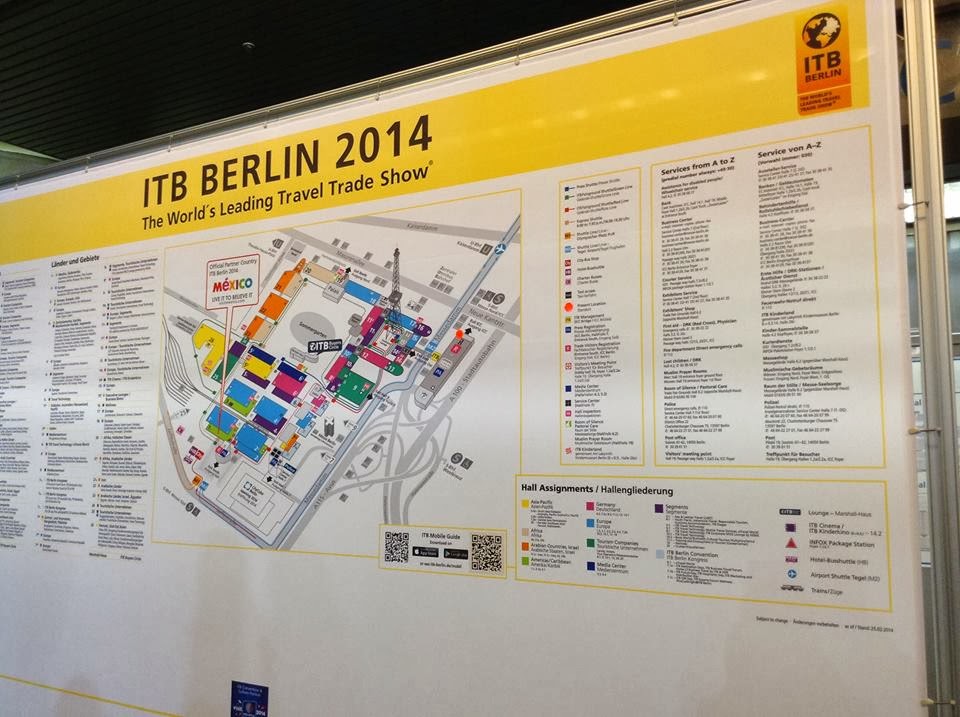 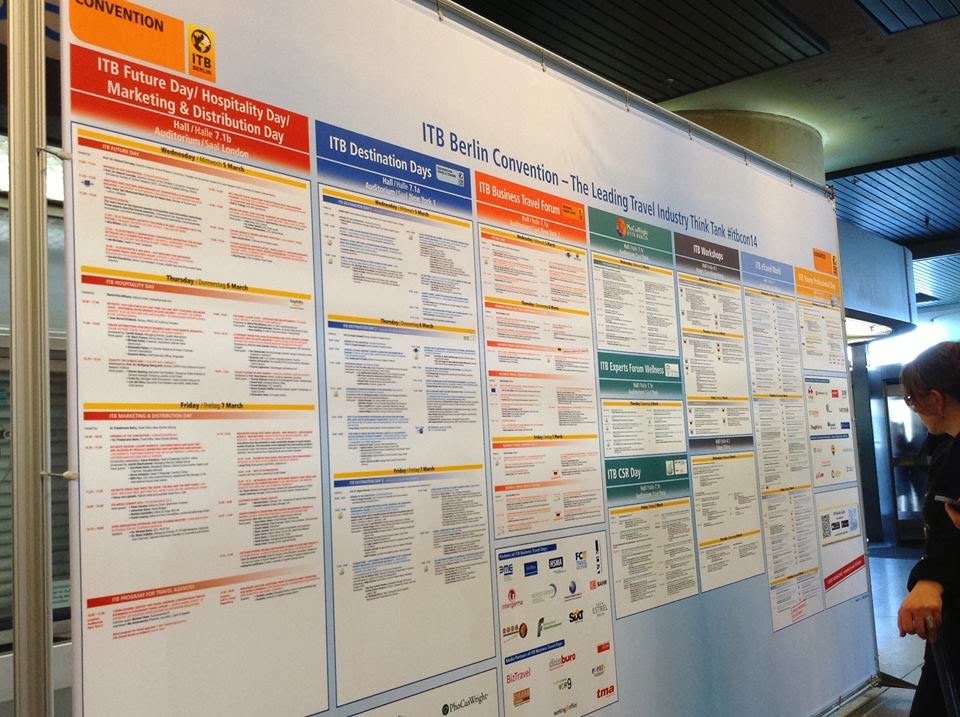 I knew from the beginning which sessions I would like to listen to. I looked through them at home (in Helsinki), but than I changed my mind. Some of them were too far one from another, or during the session I understood that it is not that interesting, or it happened that some of them were in German. Look at the picture above, and imagine what a headache it was for me to choose at which one to go, because there were ALWAYS 7 different sessions on different topic at the same time! 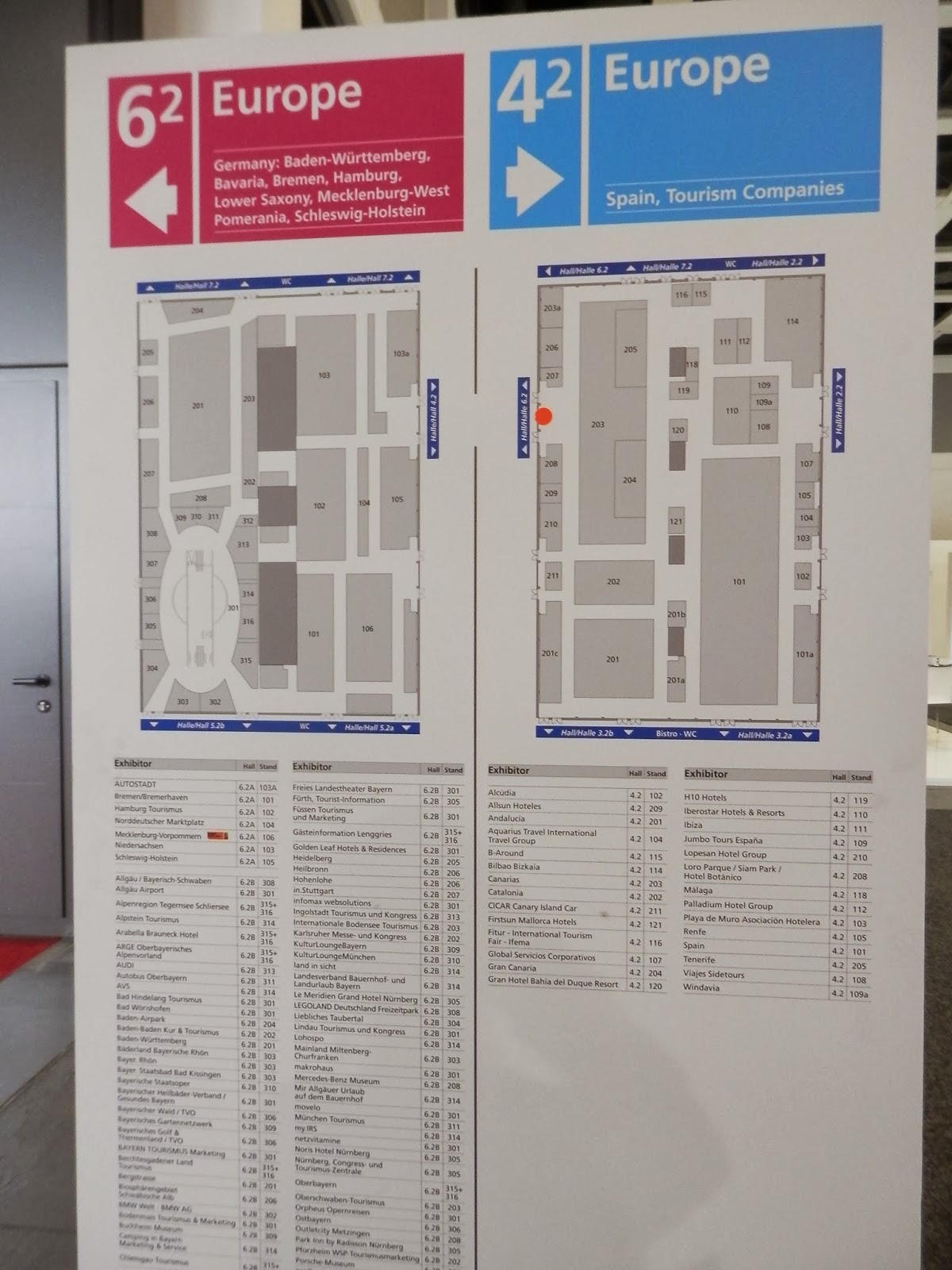 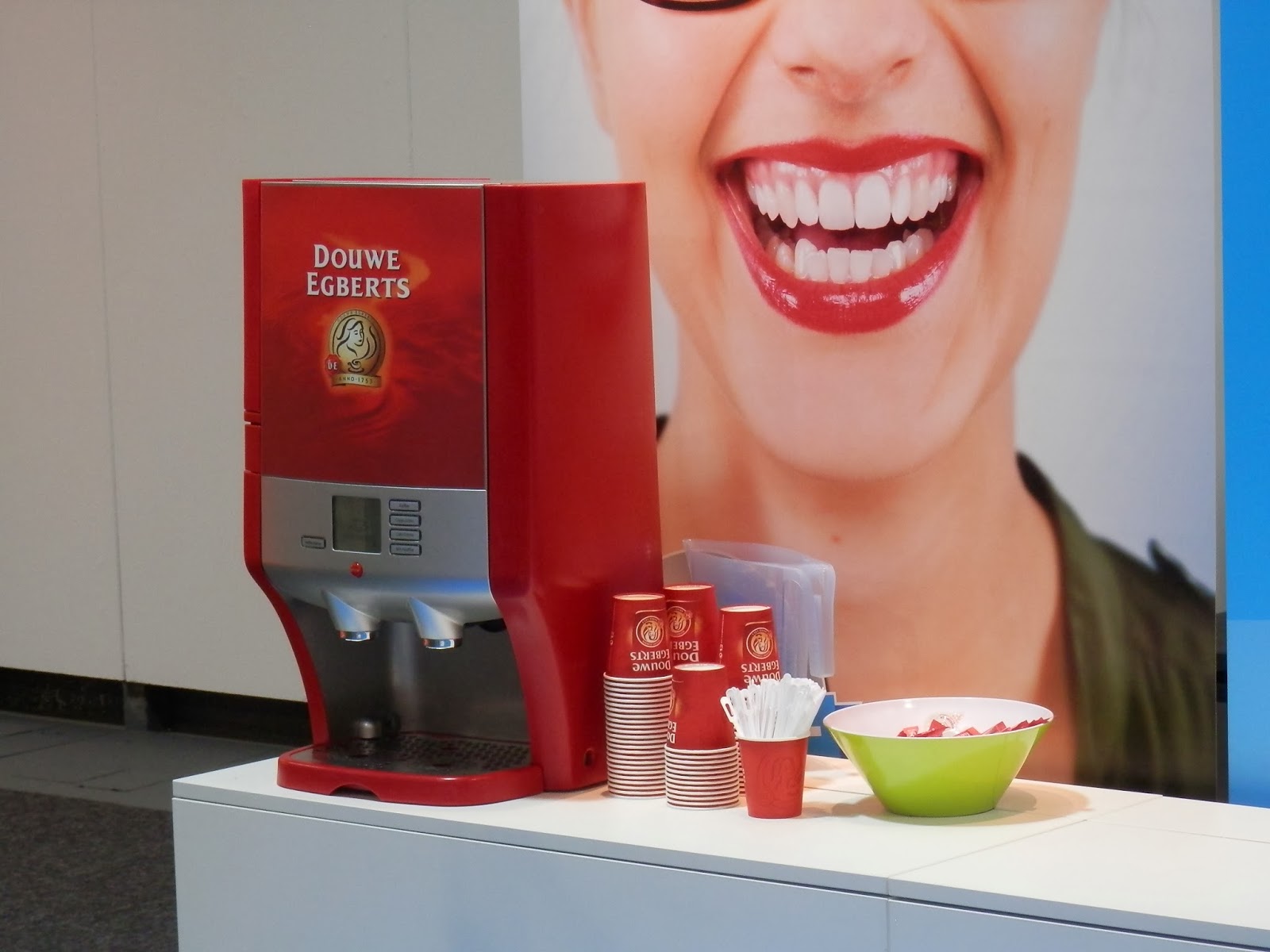 During 8h and a half I was listening to different sessions, and while going from one to another I was passing through Exhibition Halls and making pictures. I ate one energy bar that someone from the exhibiting companies gave me, and than I asked someone from a stand if they can share with me a coffee. The queues at the mini-bars were too large and I didn´t have time to wait for a coffee and pay for it 3 euros! The lady was very nice and made me a coffee. I also observed that a lot of the exhibitors had their own coffee machines. I guess as it wasn´t their first time there, they knew what to expect. 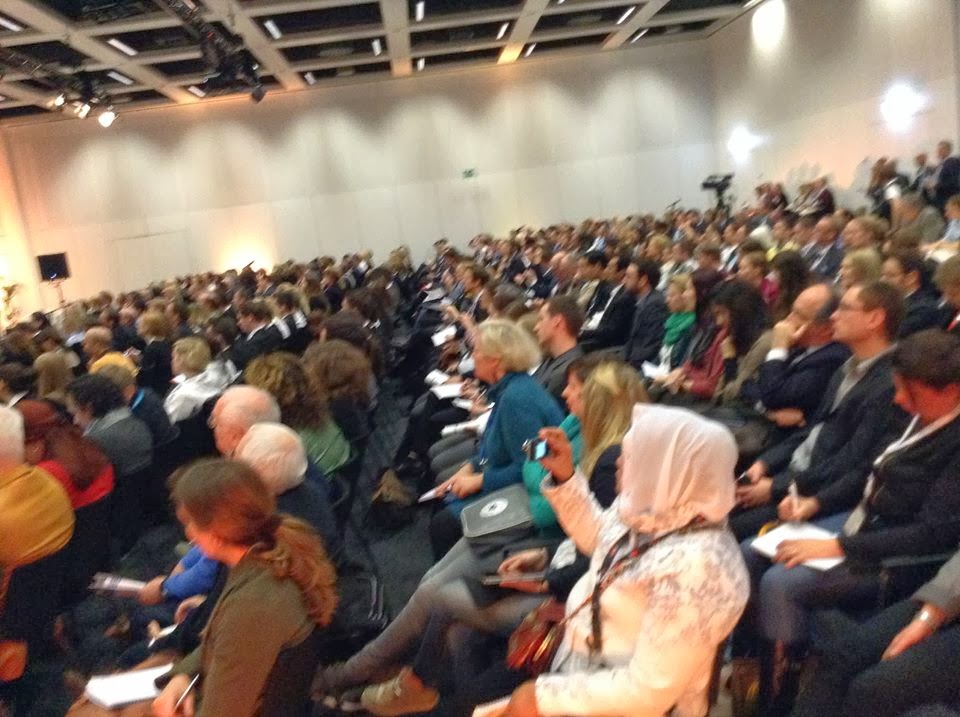 The quality of this picture is bad. But I wanted to show how many people there were at ALL of the ITB Future Day Sessions. I also stayed there for 2 hours.
I was so excited to be there, and so eager to listen to as many sessions as I could that I also forgot to have a pee somewhere in between (I am sorry for the details :) But it is true ) 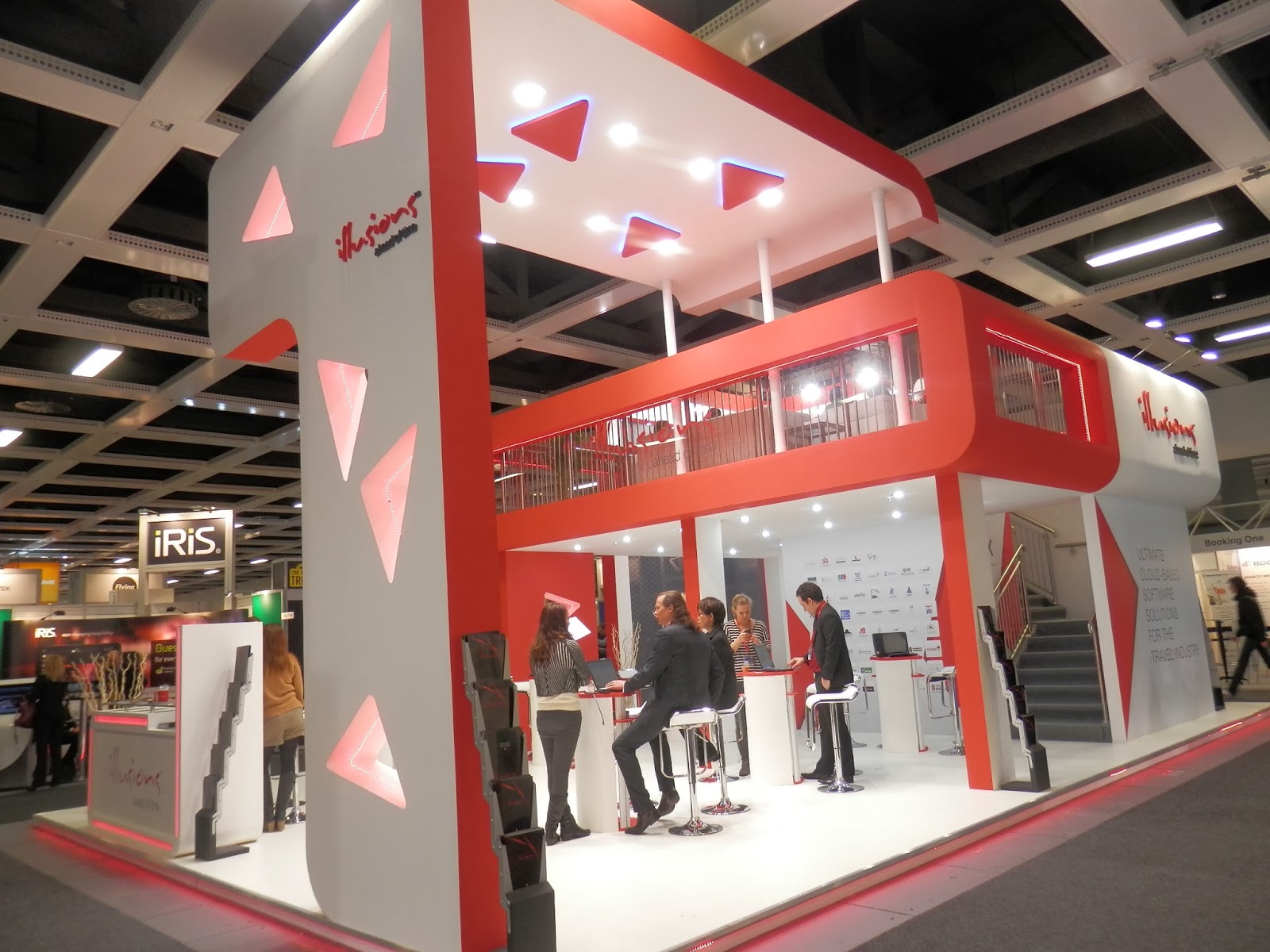 As I told before, I managed to visit just several Halls. I made some pictures of the stands, but not too many. This particular seemed very High-Tech and pretty compact. It also attracted my attention because of its form and colors. Anyway, the truth is that ALL of the stands were fantastically good! 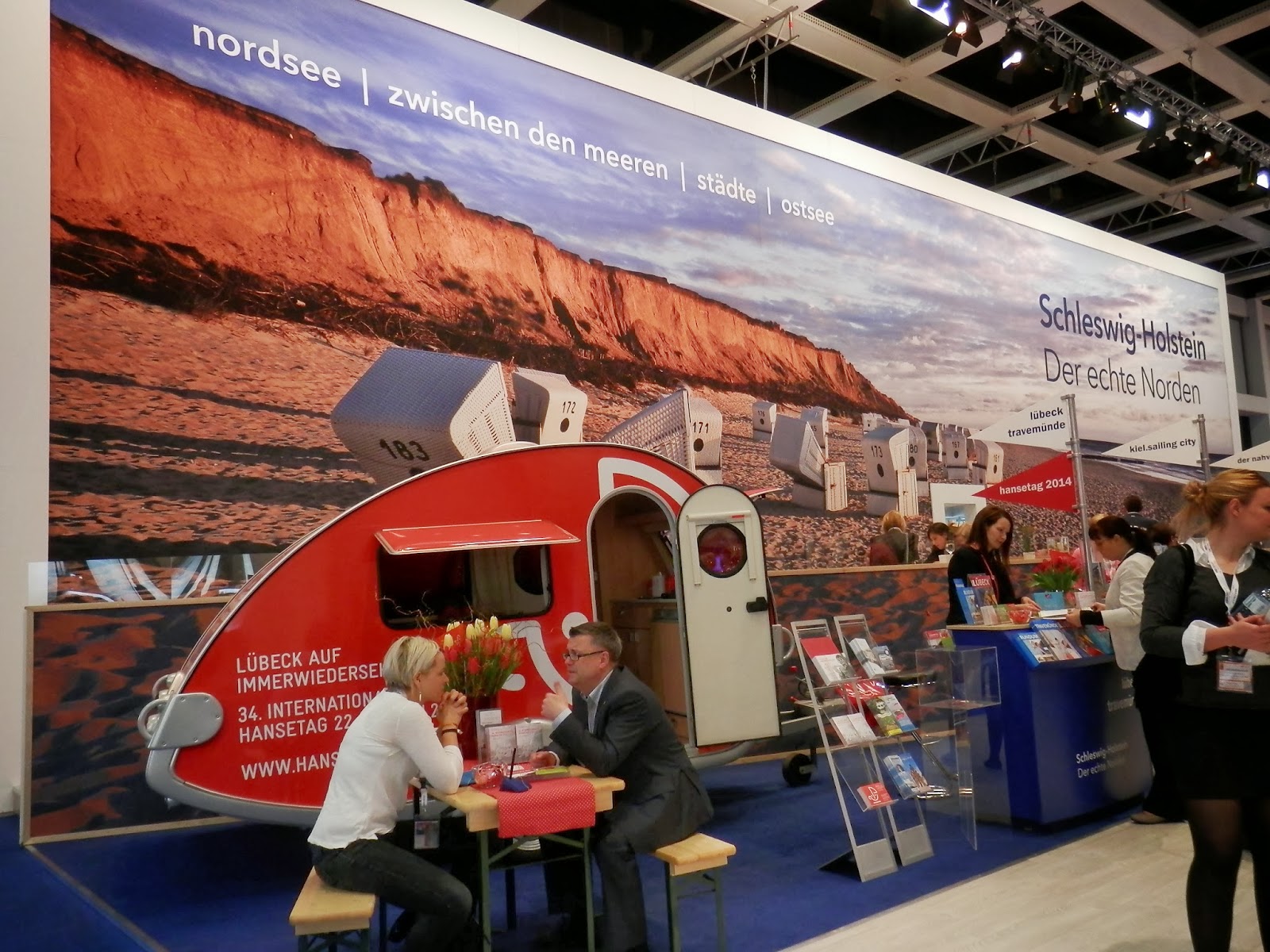 A lot of German companies at the exhibition. Just Germany had 6 Halls (!!!). 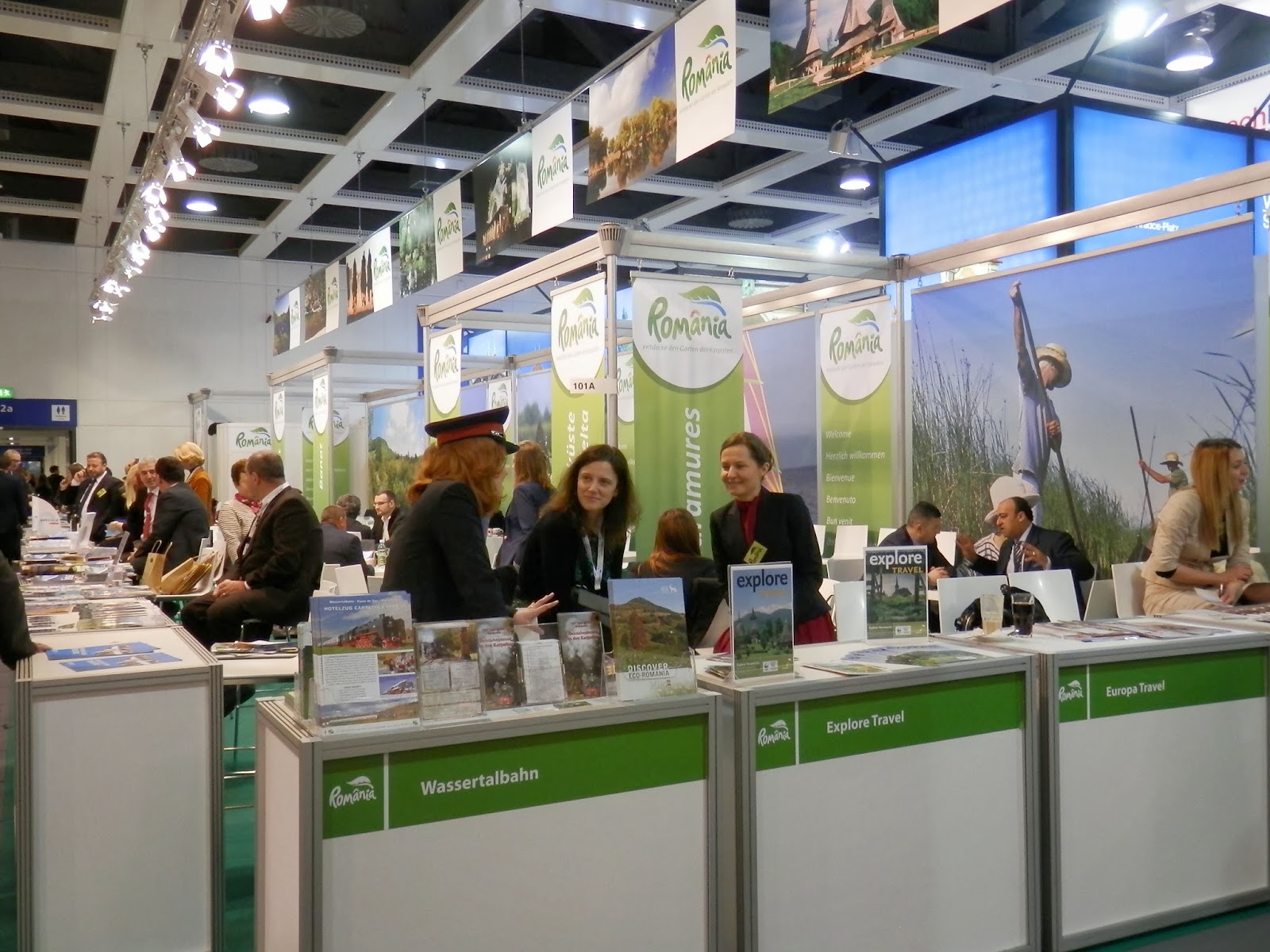 Romania in green and white colors was an interesting discovery. They impressed me a lot. They had a very big area, with a bar, live music, souvenirs shop. Everything looked really professional, but the staff not really friendly.

Later I found out that Moldova also participated with a small stand. But I didn´t see it. 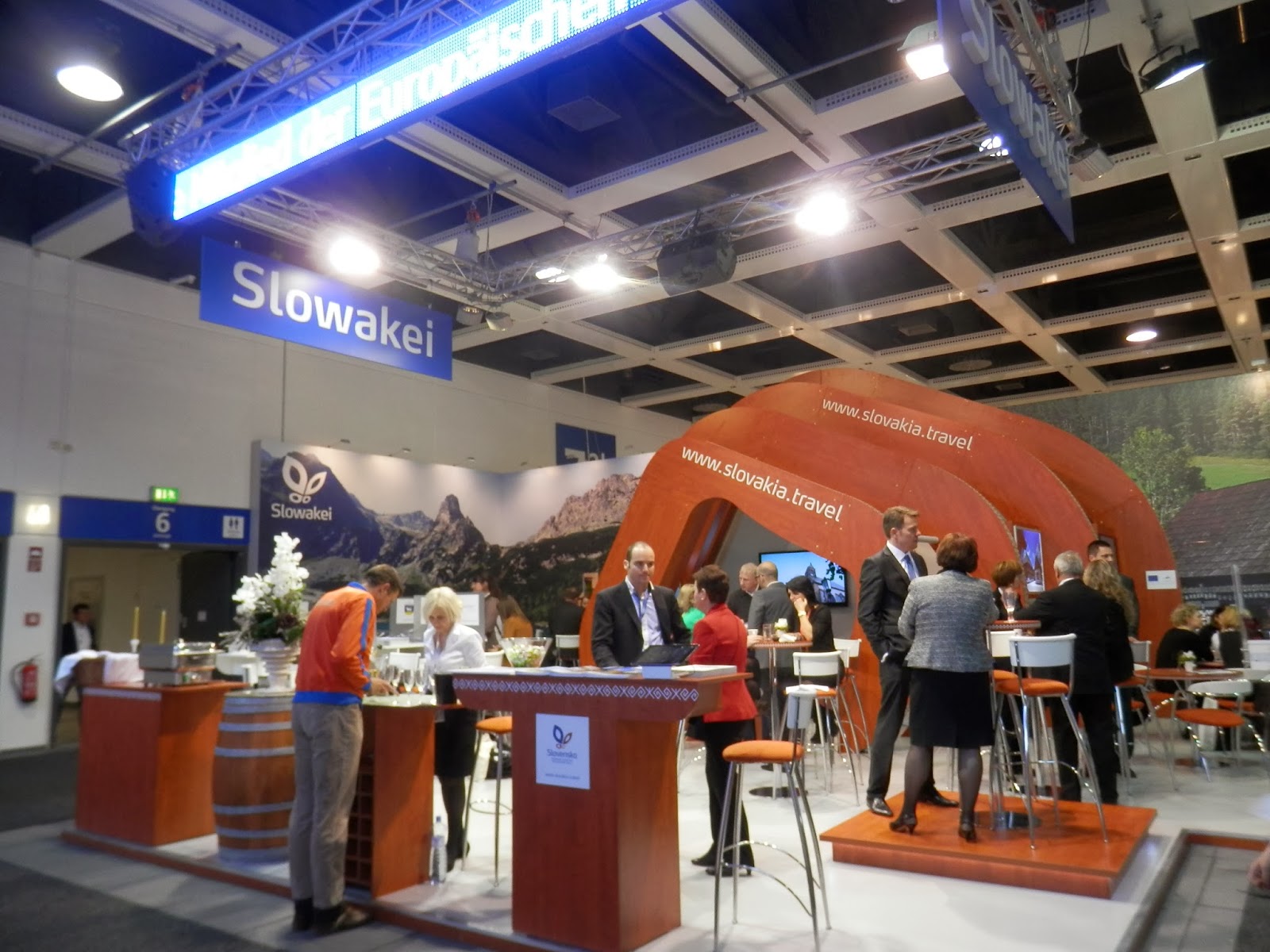 This stand from Slovakia looked interesting as well. 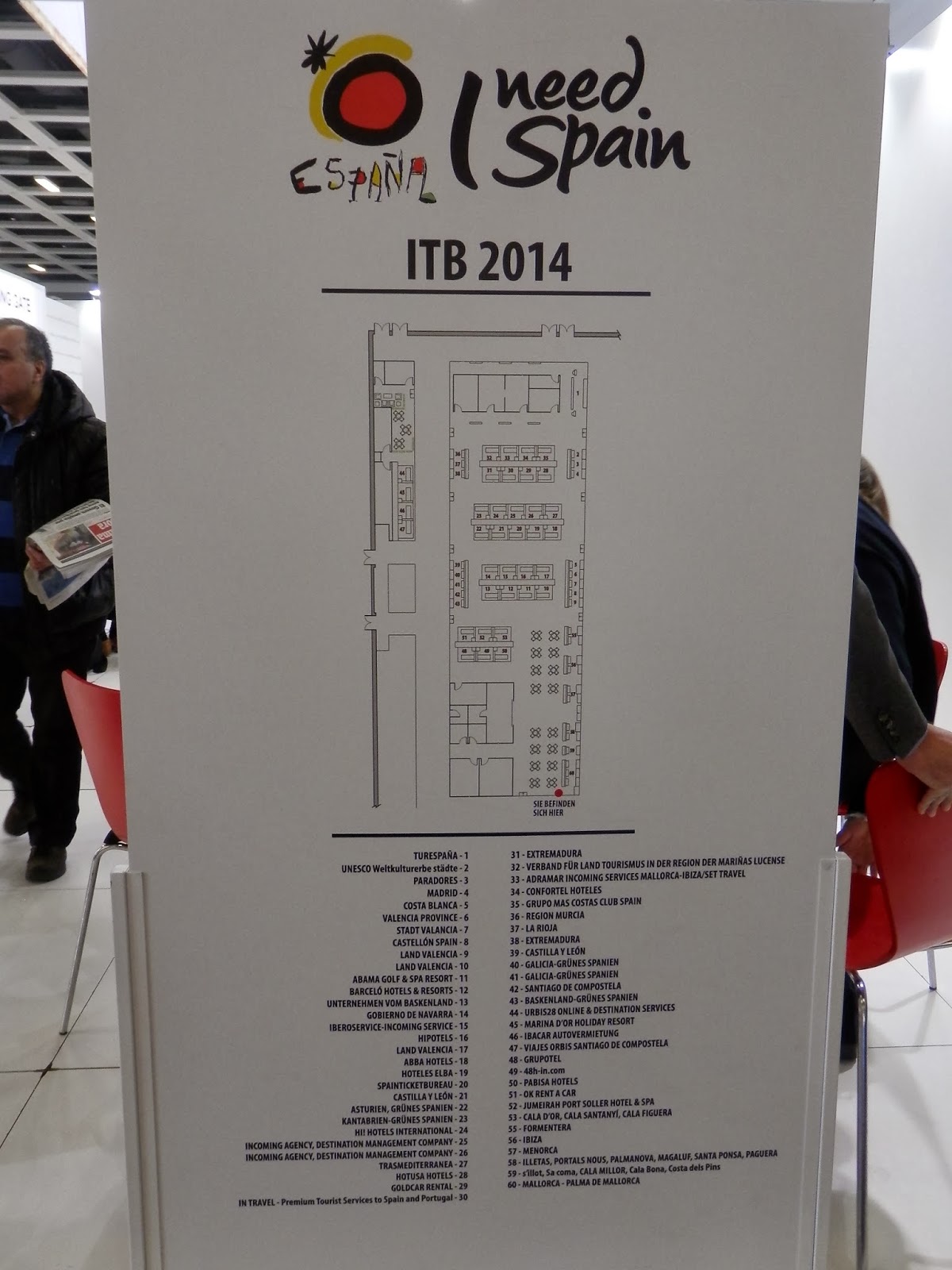 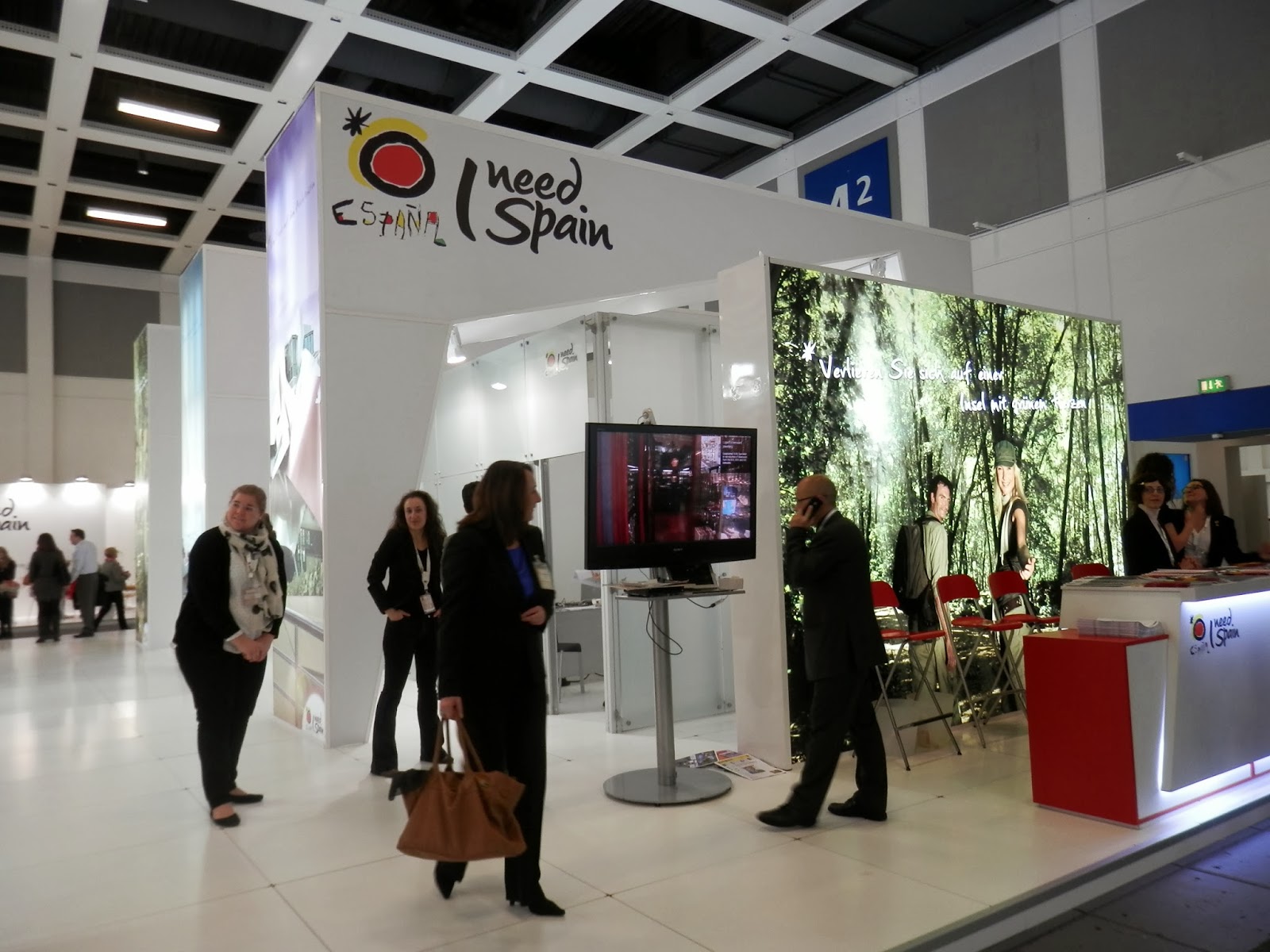 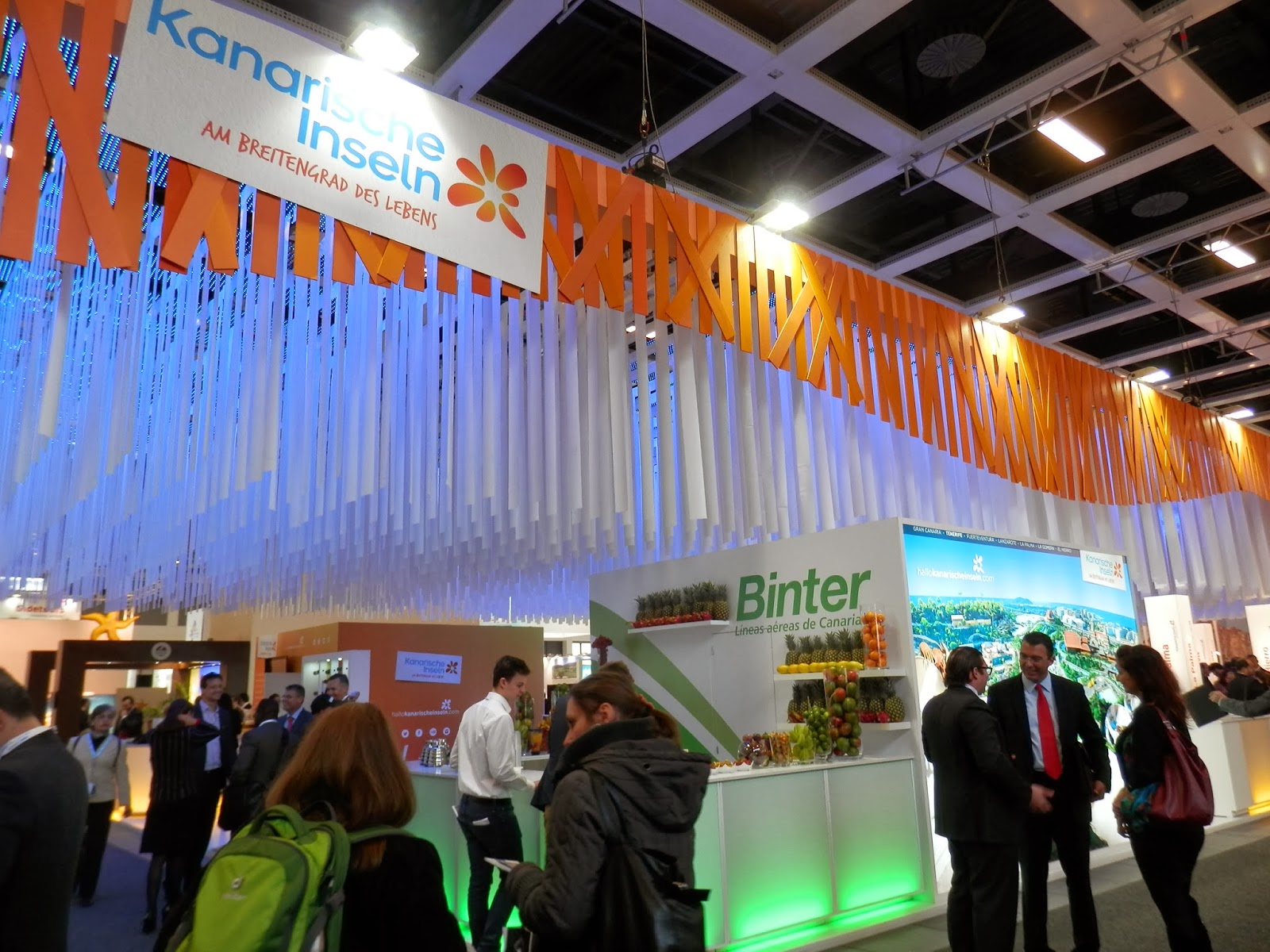 Spain had a huge Hall just for them! It is a big and important destination. Their stand was white, and there were too much white all over the Hall. At one moment I understood that it looked like a Hopsital. I think for the next year they may think how to integrate a little bit of red and yellow as well.
They also made some fruit cocktails for the visitors. There were a long queue when I saw it. And of course I didn´t have time to wait to get one as well.

The Basque Land (País Vasco) participated for the first time at the fair. I should check what happened. :) Anyway, my Congratulations! They had a very beautiful stand! 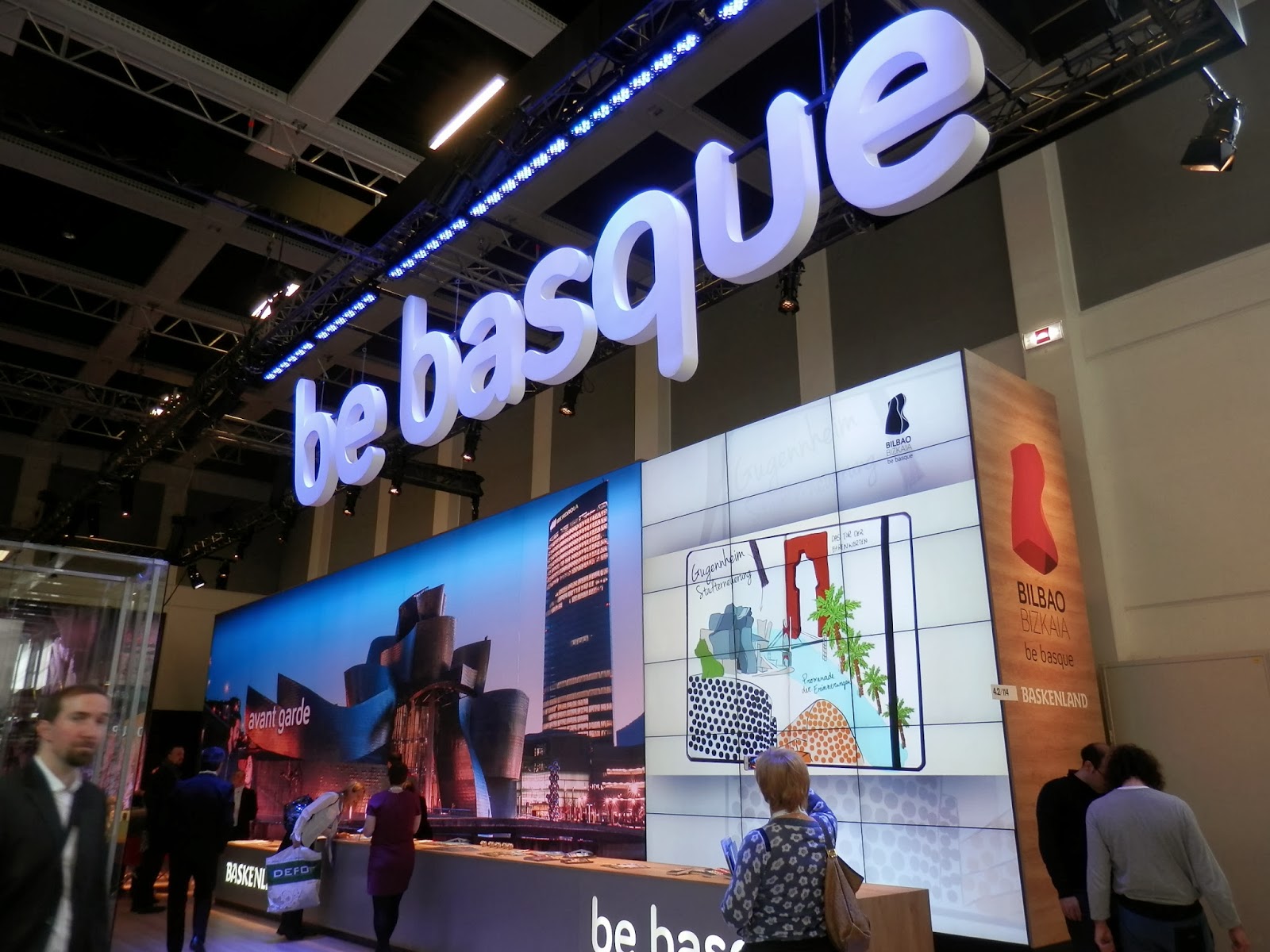 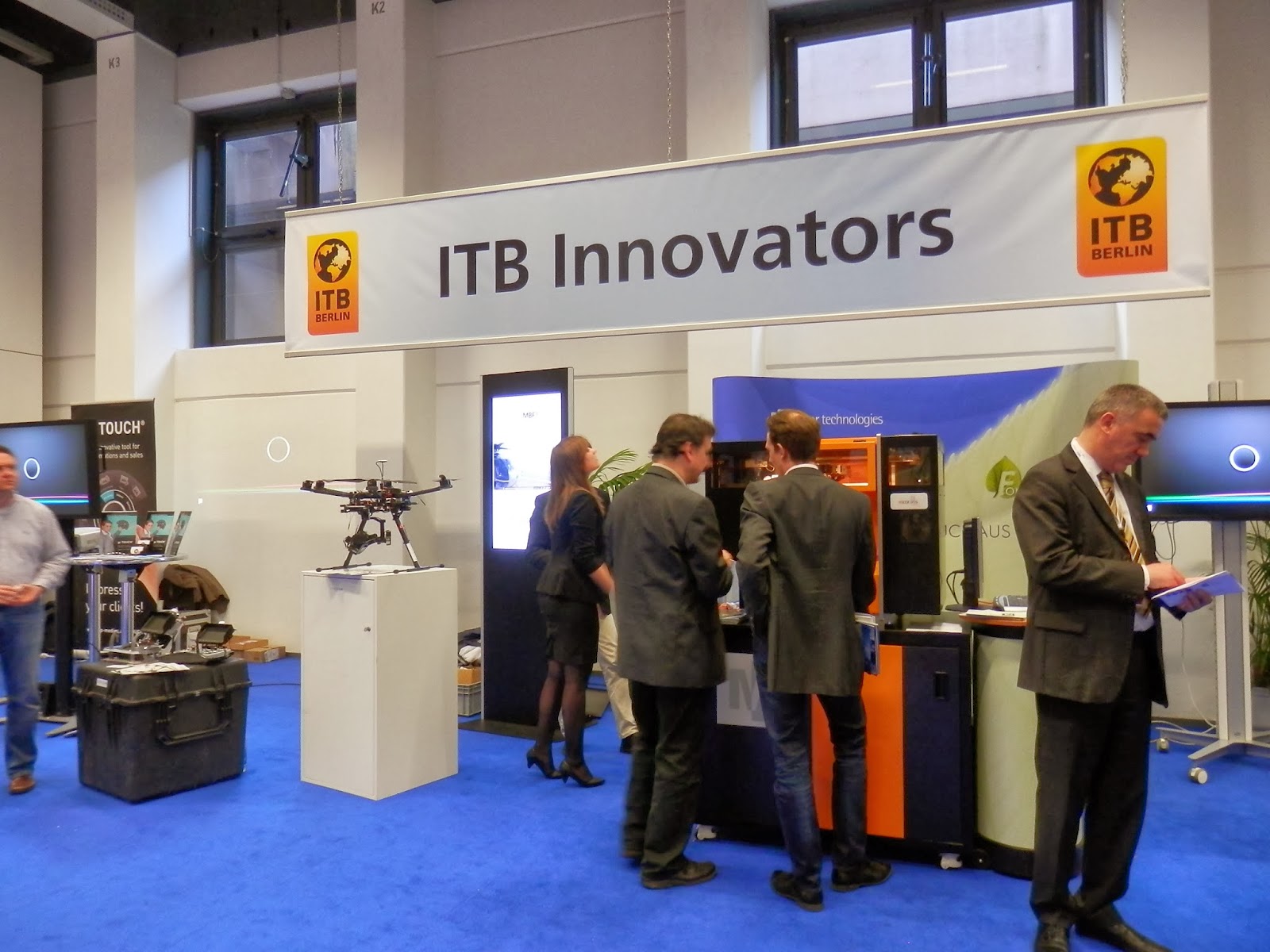 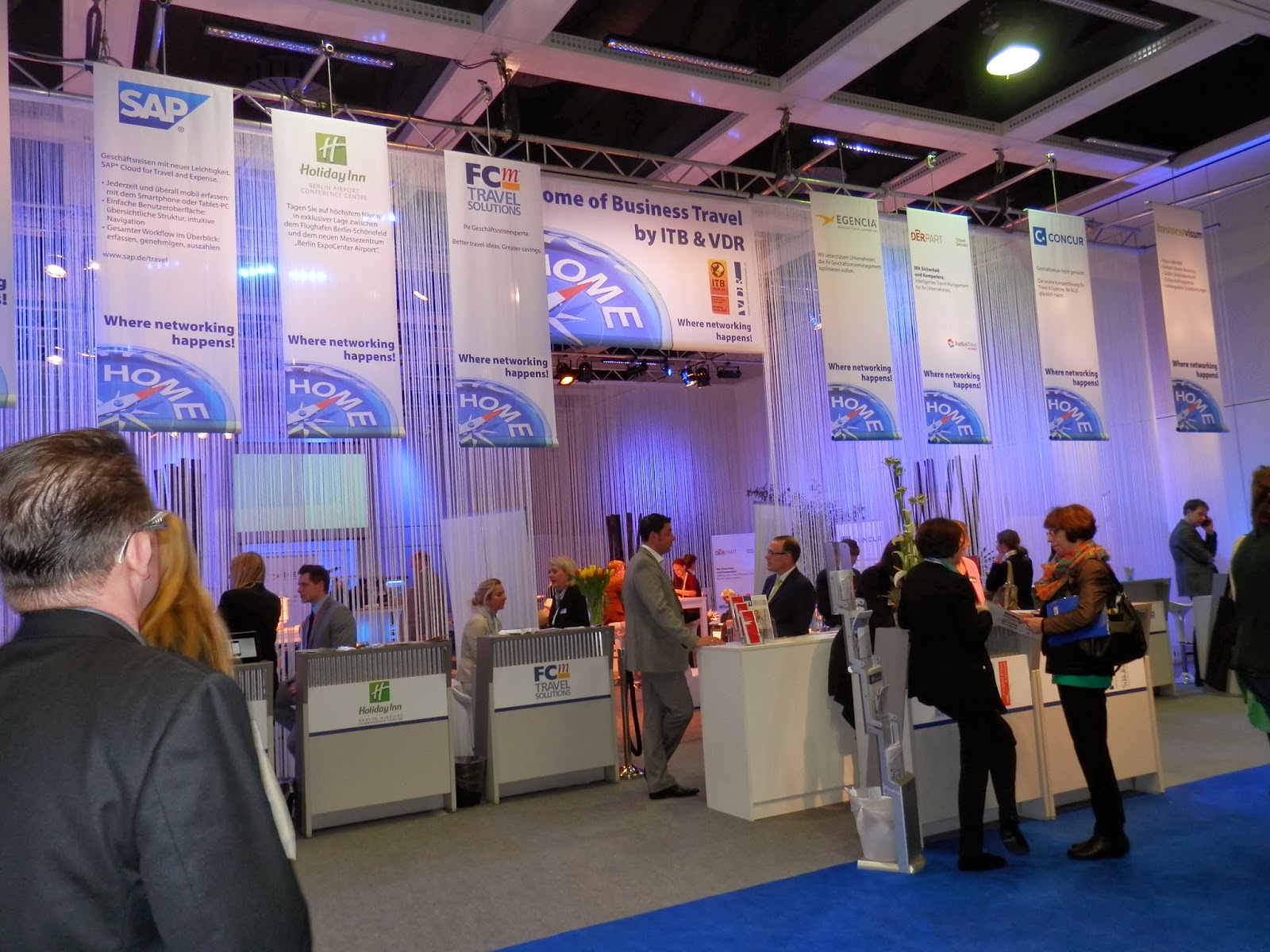 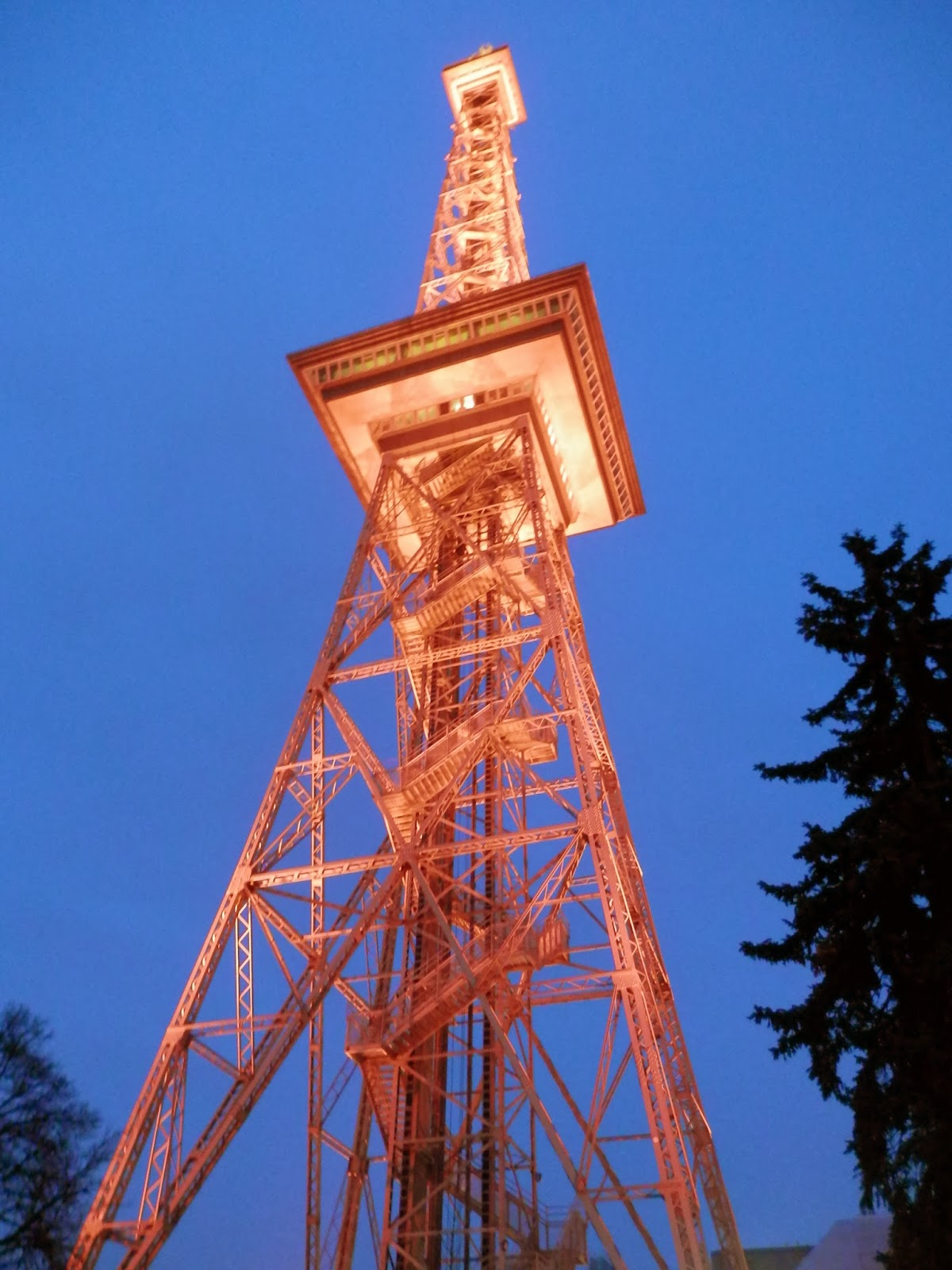 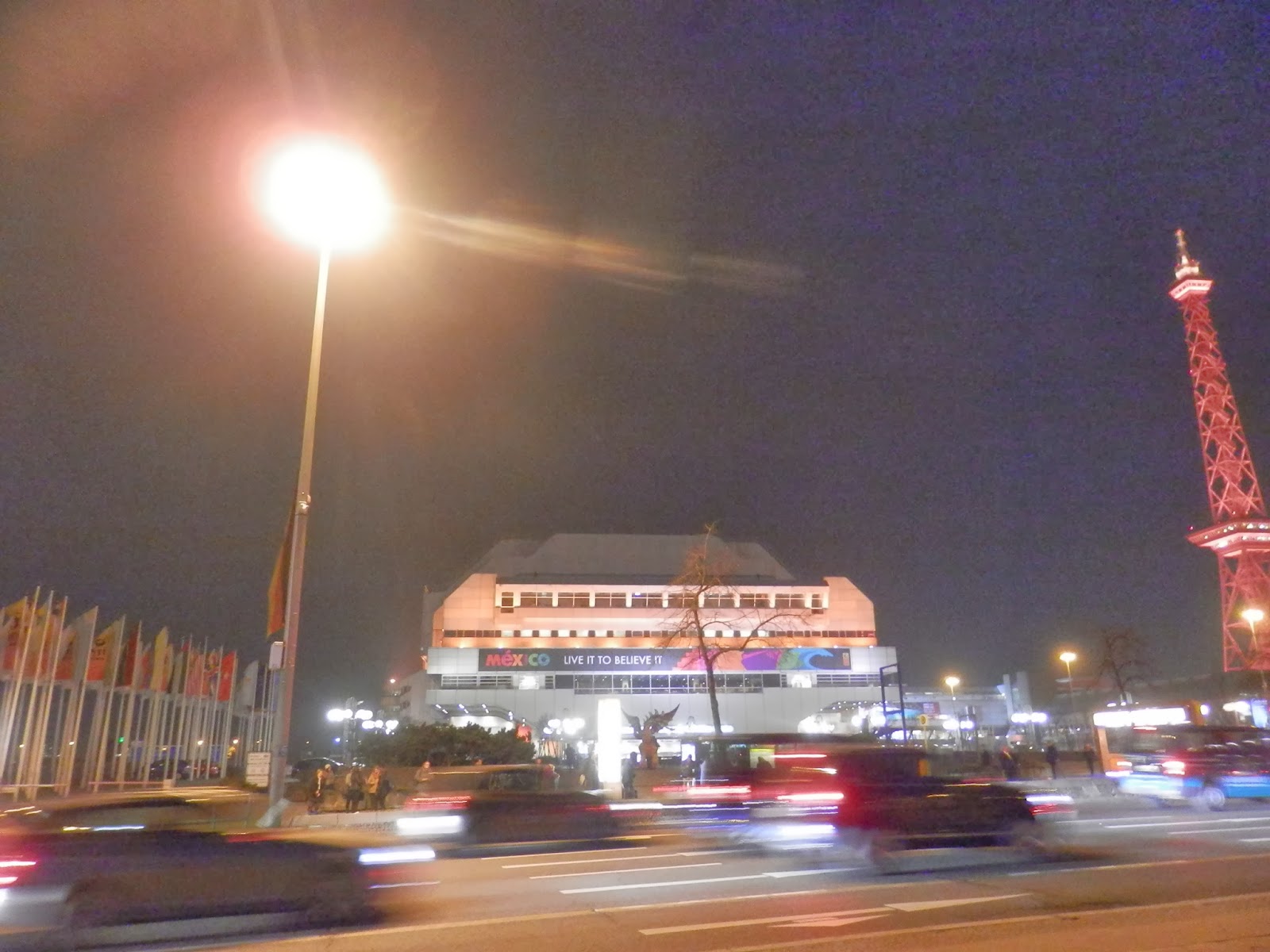 I said pretty much about the ITB at the beginning of the post, and more specific on the convention I will tell in another part of the "Berlin Saga".
But just to conclude I would like to add that even though I didn´t network (as any other normal trade visitor does), I achieved my short-term objective - to visit ITB Berlin.
Now you´ve seen a small part of what I have seen, ITB through my eyes.