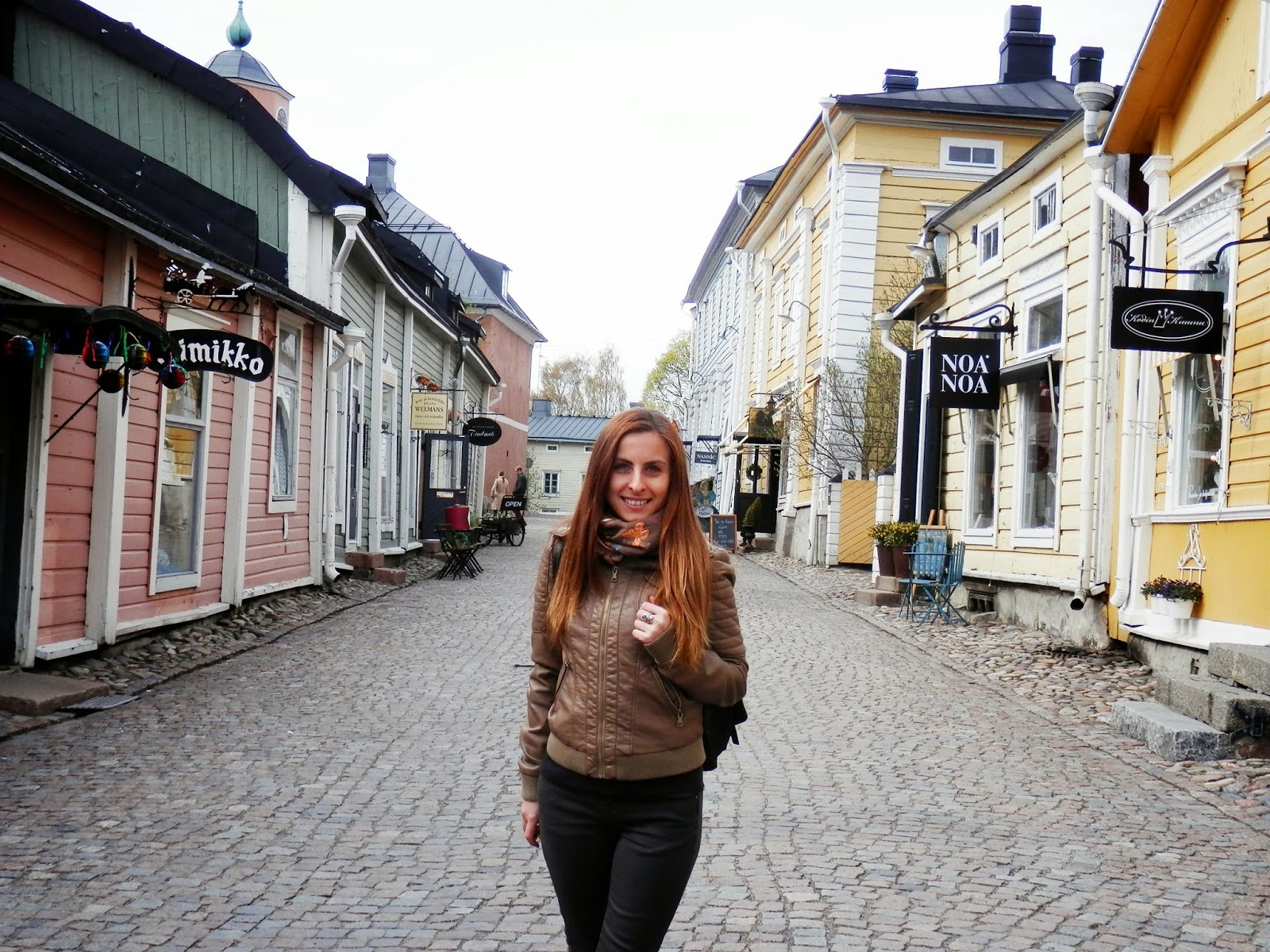 Little by little, day by day but my Erasmus Adventure is coming to an end. Knowing that in a week I have to leave Finland, I thought that I could not do it without visiting Porvoo. At least it is a small town and the most important things to see are not far one from another, so in one day I could manage to see it all. 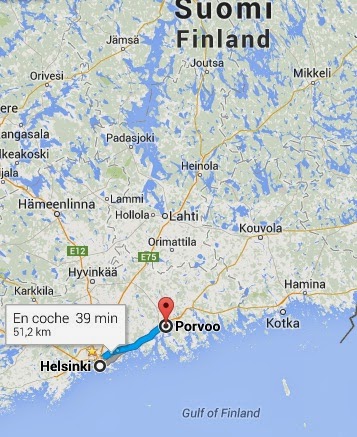 As google says, there are a little bit more than 50 km from Helsinki to Porvoo. With all that, the one way bus ticket costs between 8 (if you have finnish student card) and 15 (if you´re lucky) euros. Exactly the prices that I had to hay. It also takes 1 h to arrive there. 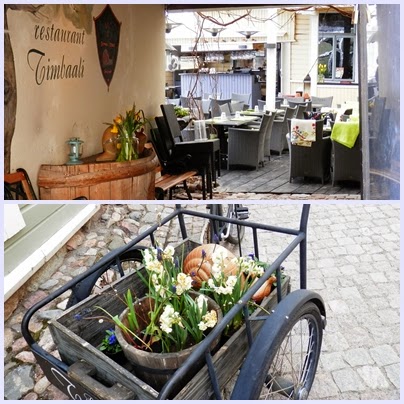 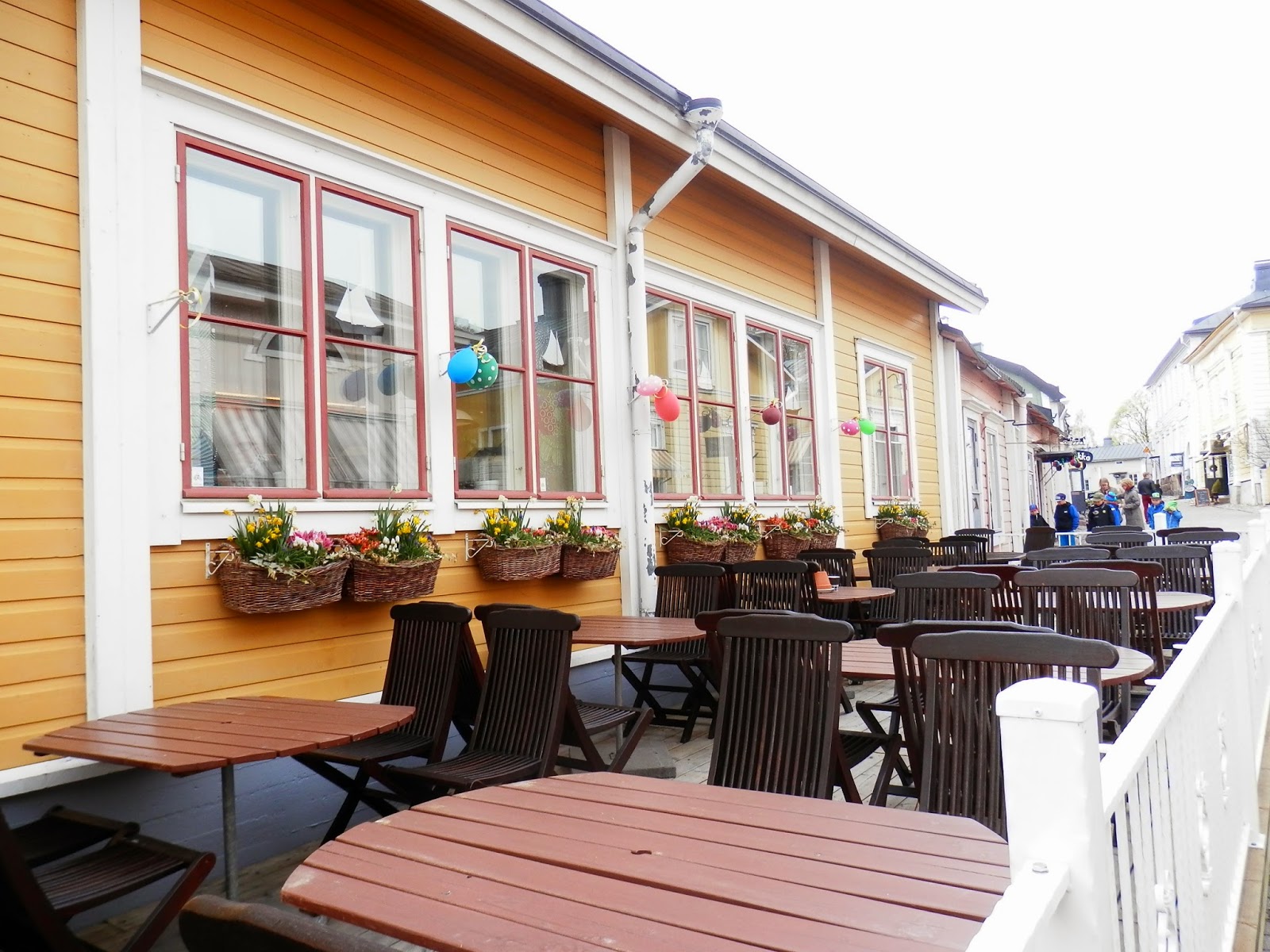 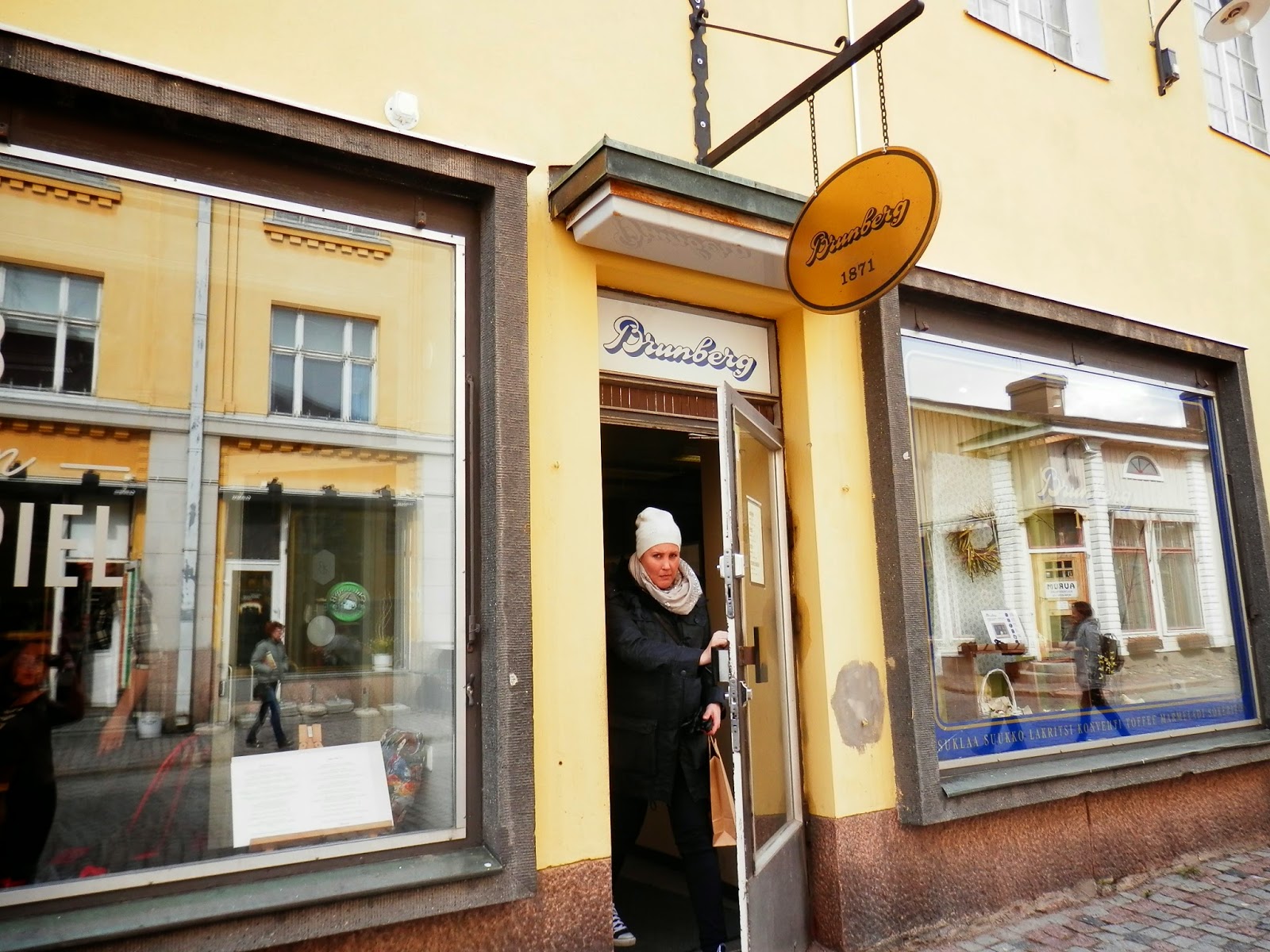 There is a chocolate factory in the town, called Brumberg, which dates from 1871. When I entered their store I understood how a true chocolate shop should look like. They have free chocolate samples and one can try all of them and later buy the ones he liked the most. I also bought!!! And of course I tried each of the chocolates first. 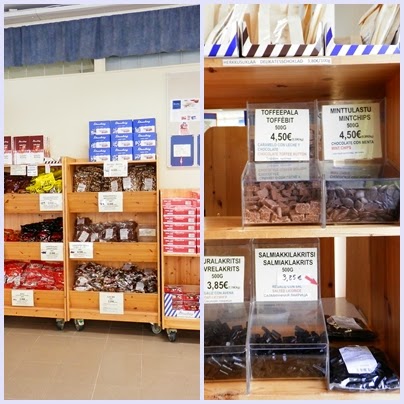 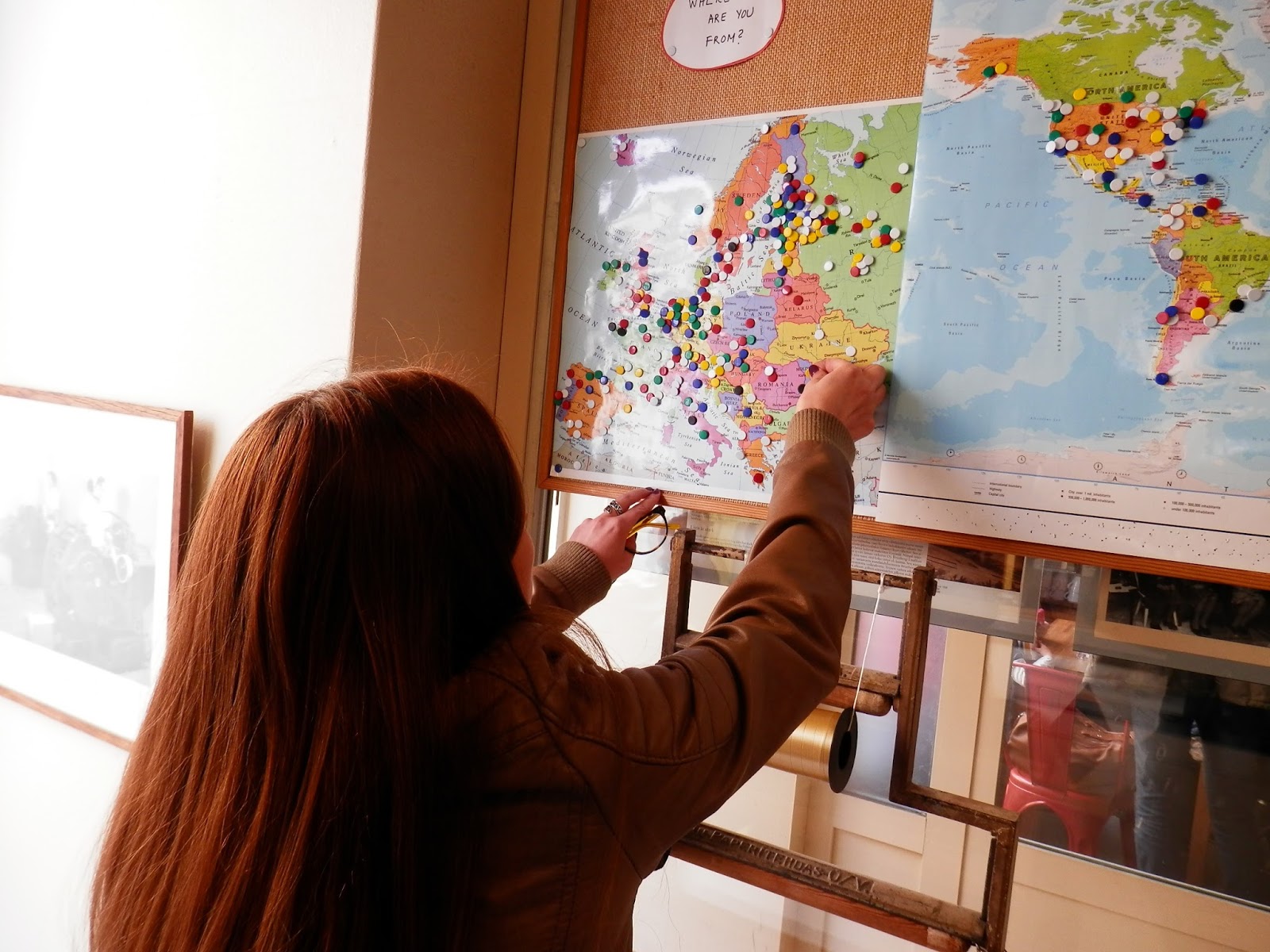 Guess who was the first visitor from Republic of Moldova? :) 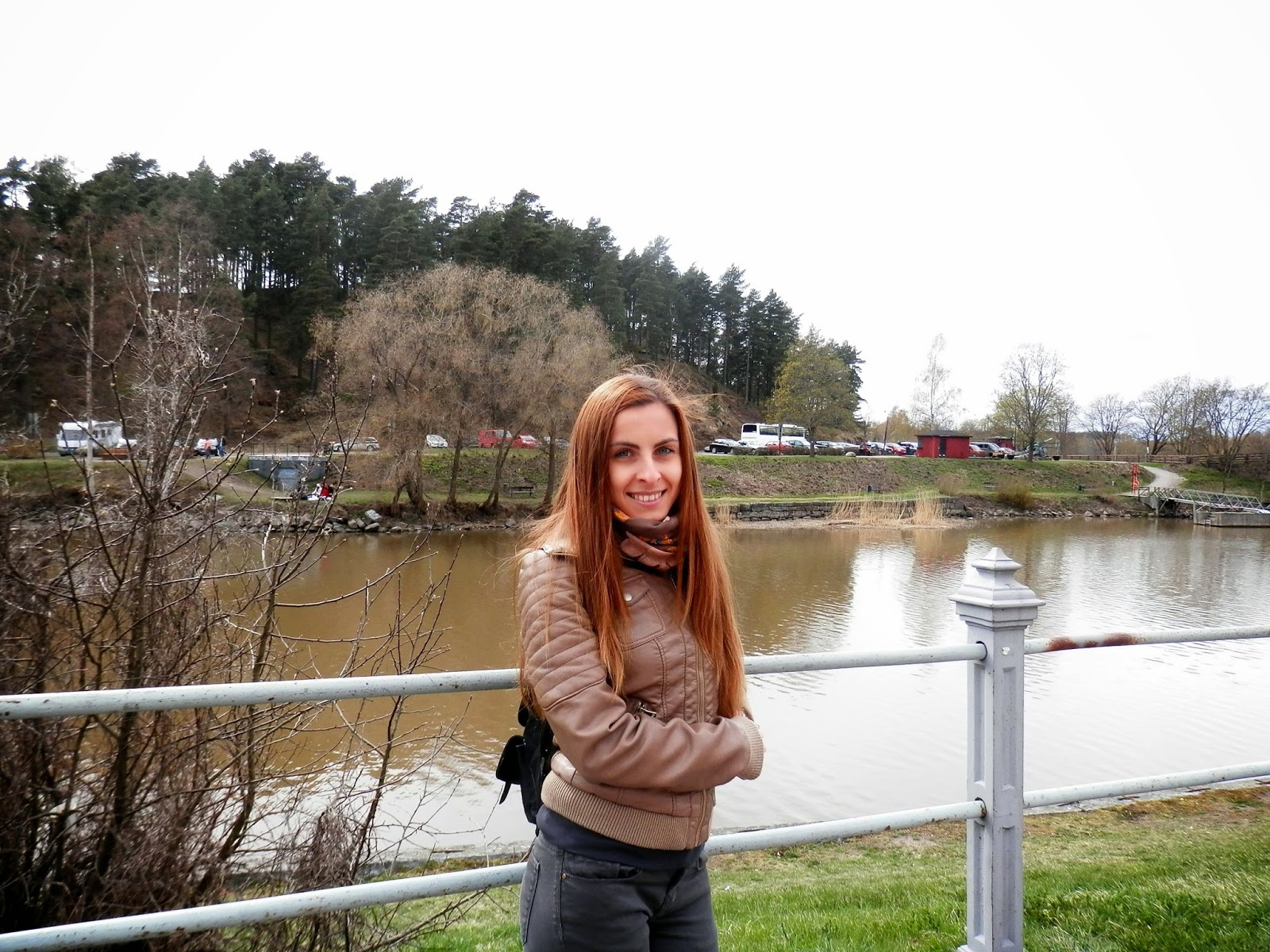 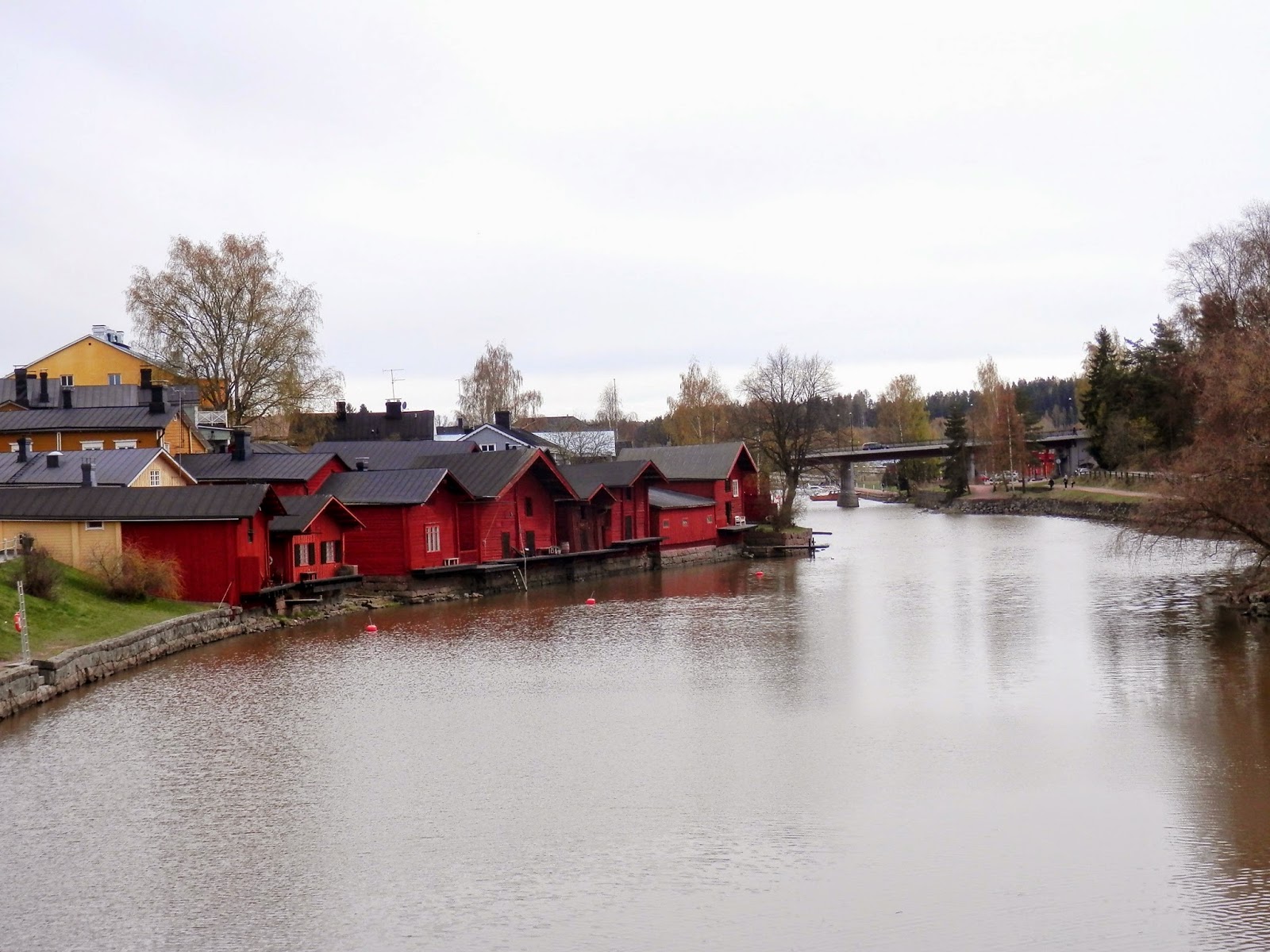 Red shore houses on the riverbank are one of the most photographed scenery in Porvoo. Red ochre paint was used to paint the shore houses in the late 18th century in honour of King Gustav III's arrival. All of the houses along his route were painted, in order to make them look more beautiful. The red ochre also helped protect the logs from wind and sun damage. Exotic fruits, wines and spices were brought to Porvoo, and the shore houses also served as intermediate storehouses for coffee an tobacco. (Source: Tourism Porvoo) 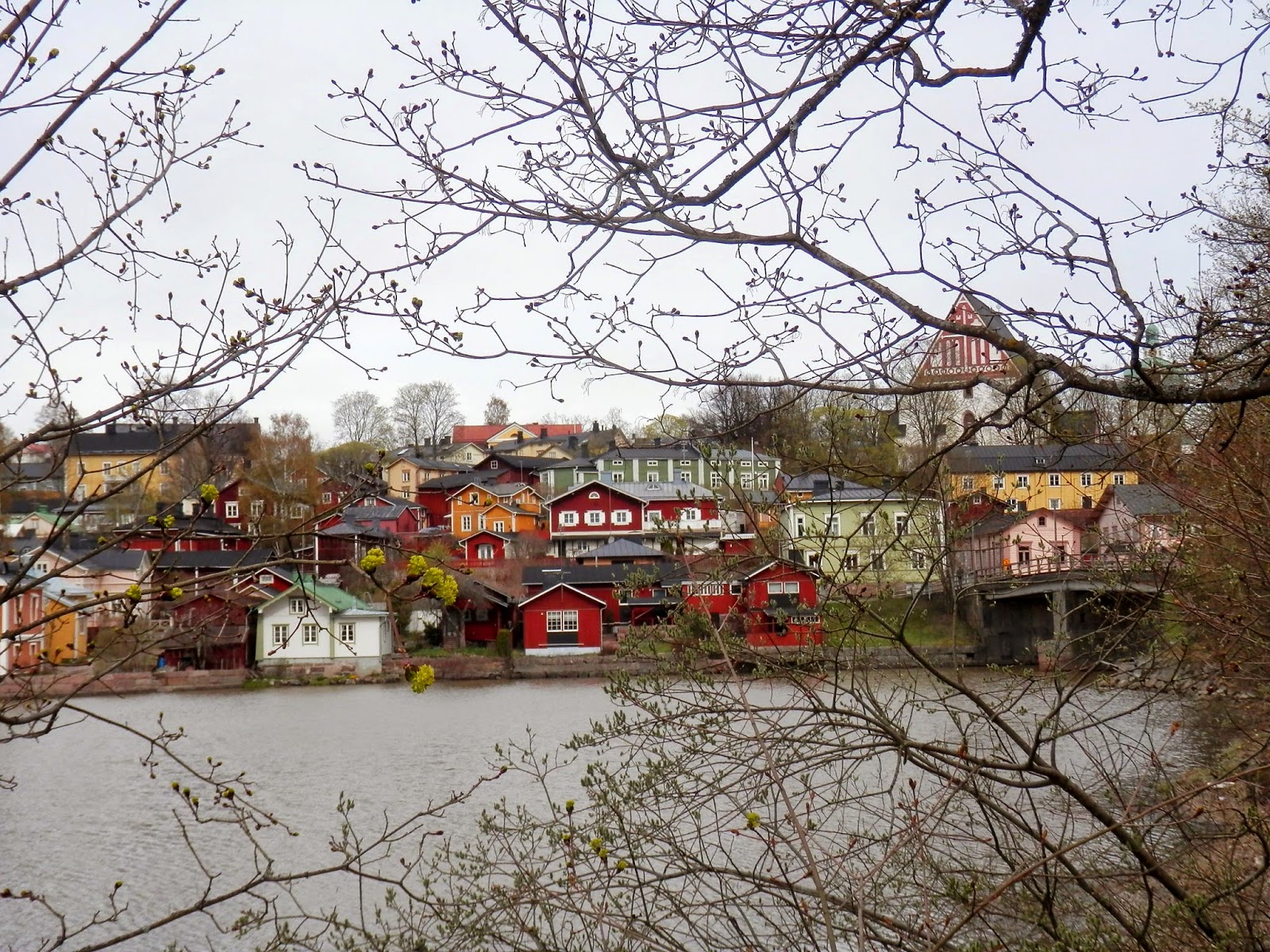 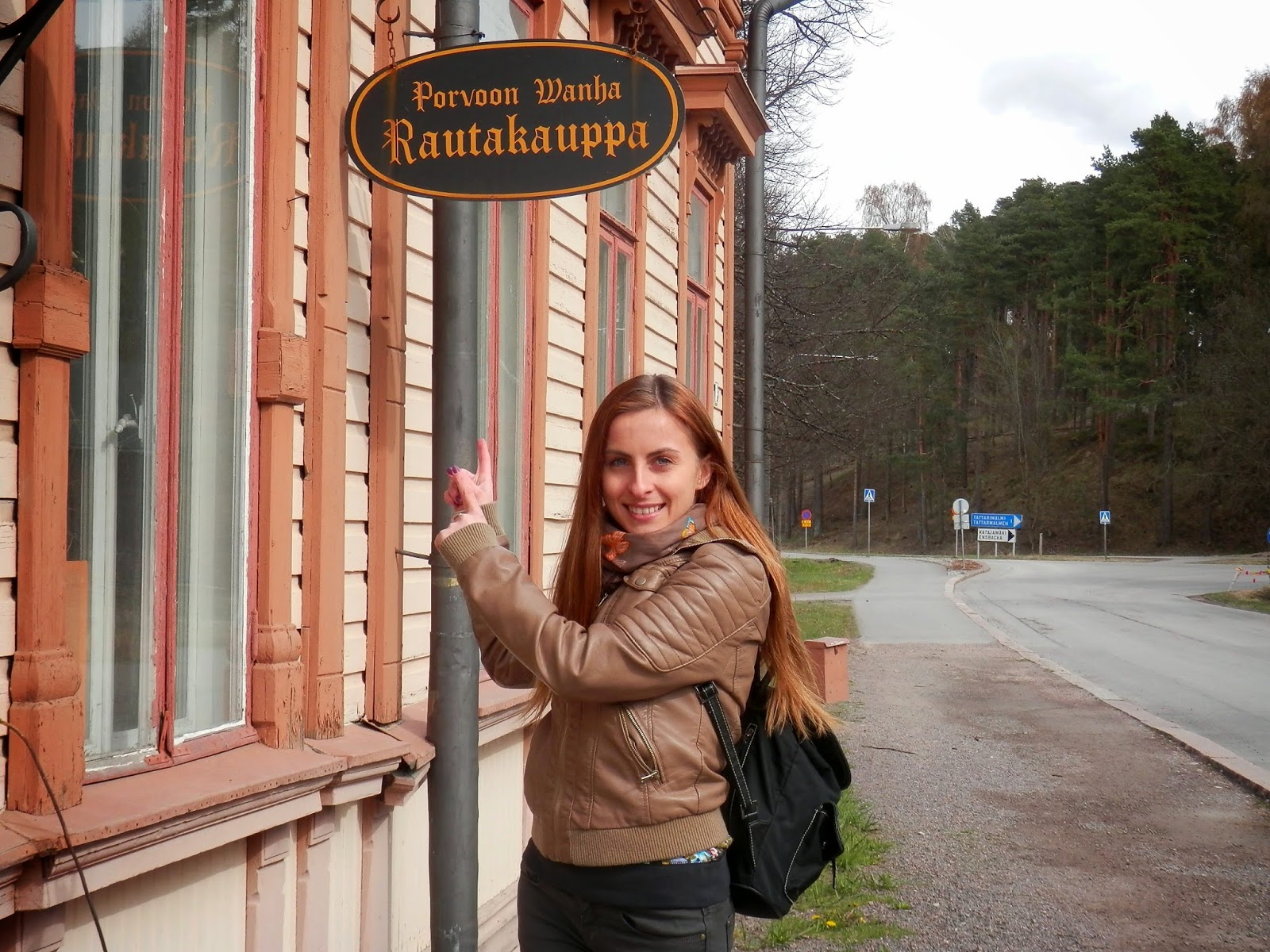 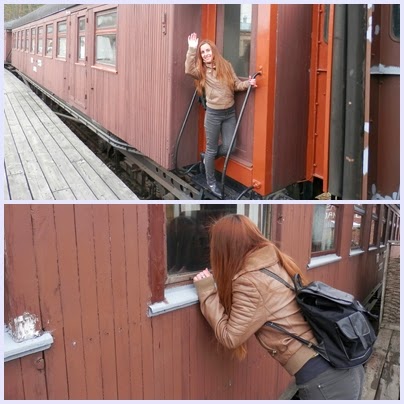 An old train. Now it can be considered as a monument/ museum. 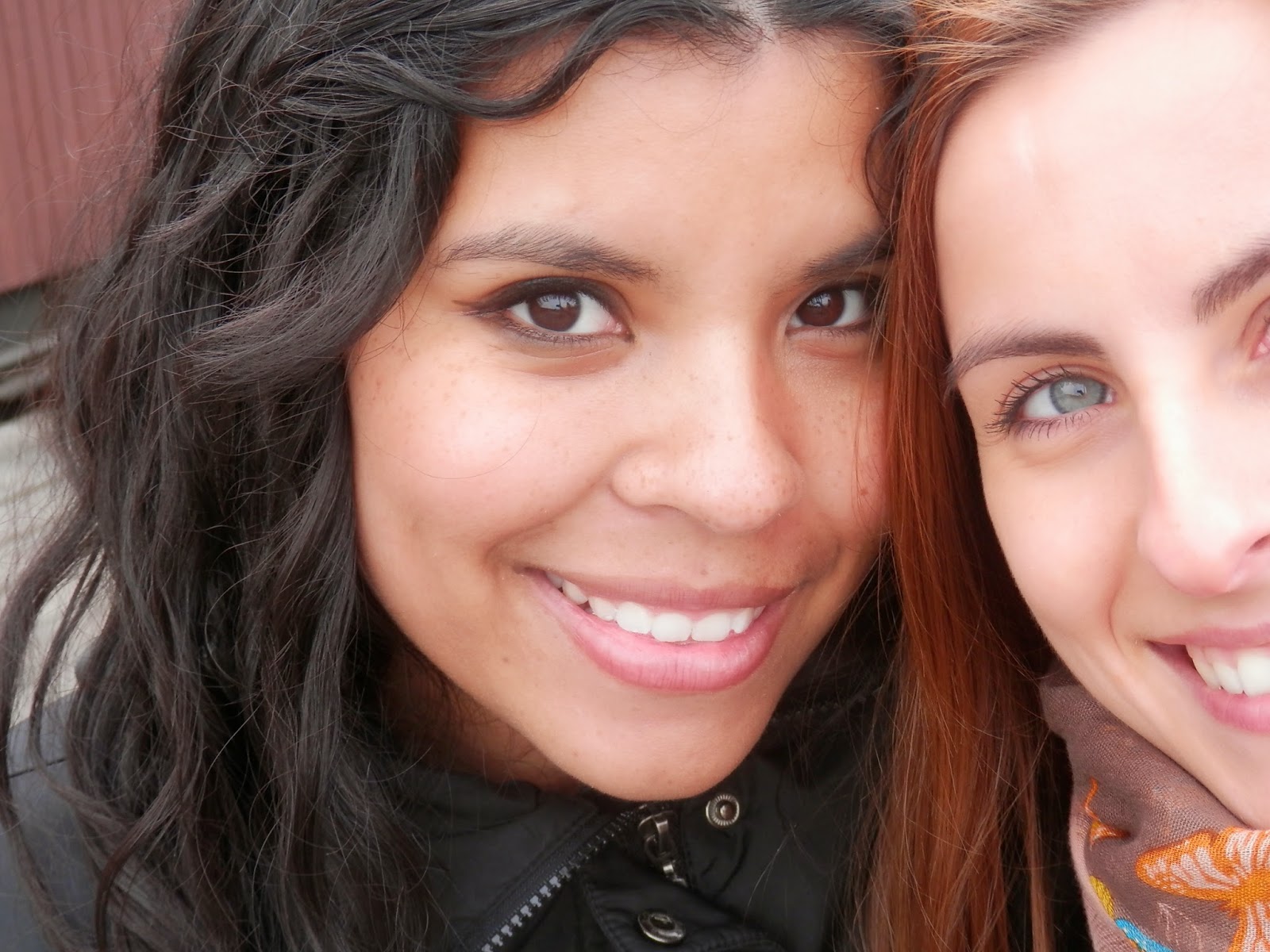 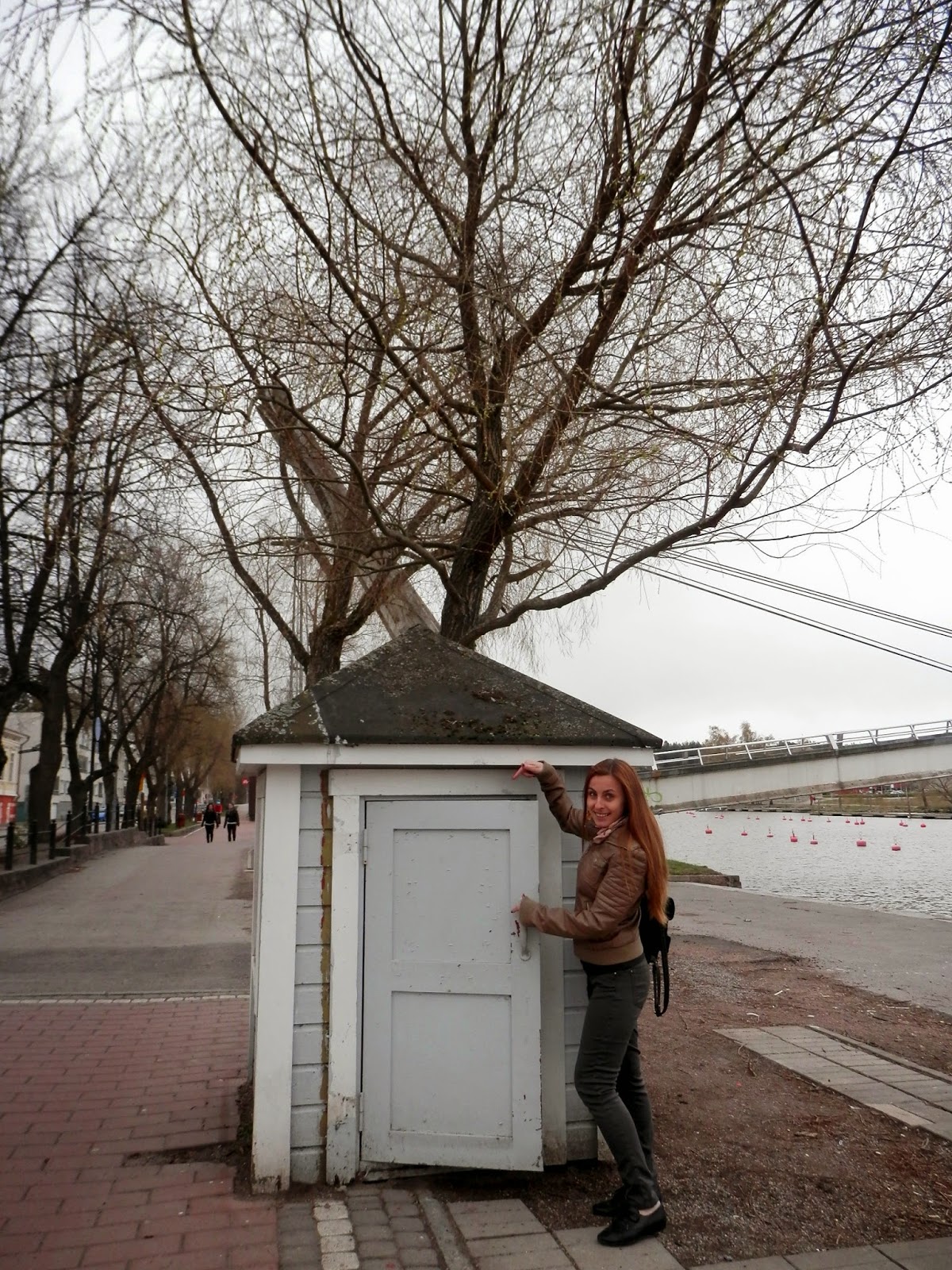 Look what a funny house I have found. And also, for those who know me personally, I look taller here, right? :)

Why not to play while noone sees :) 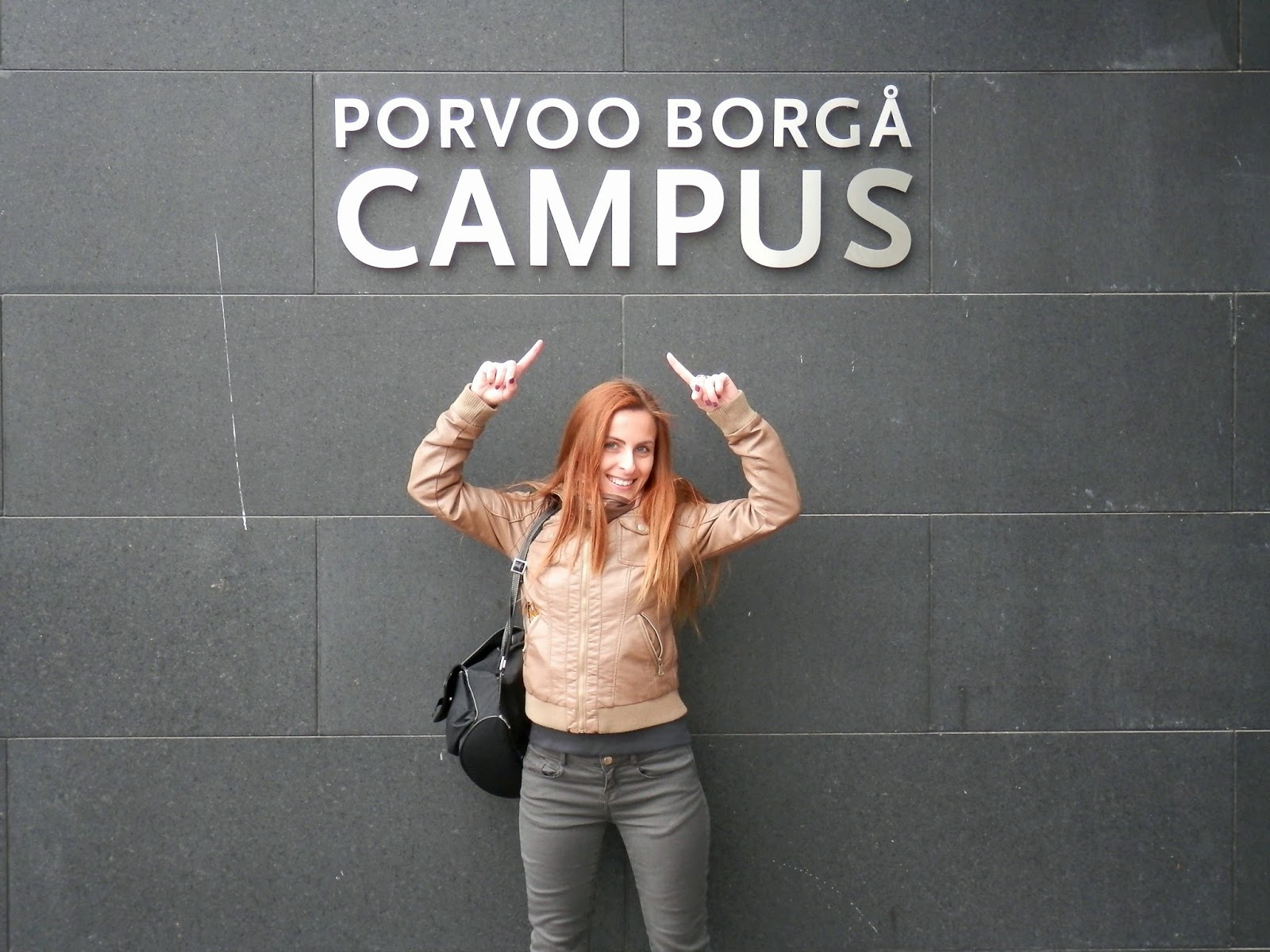 My personal kind of "check-in" at Haaga-Helia University, Porvoo Campus. 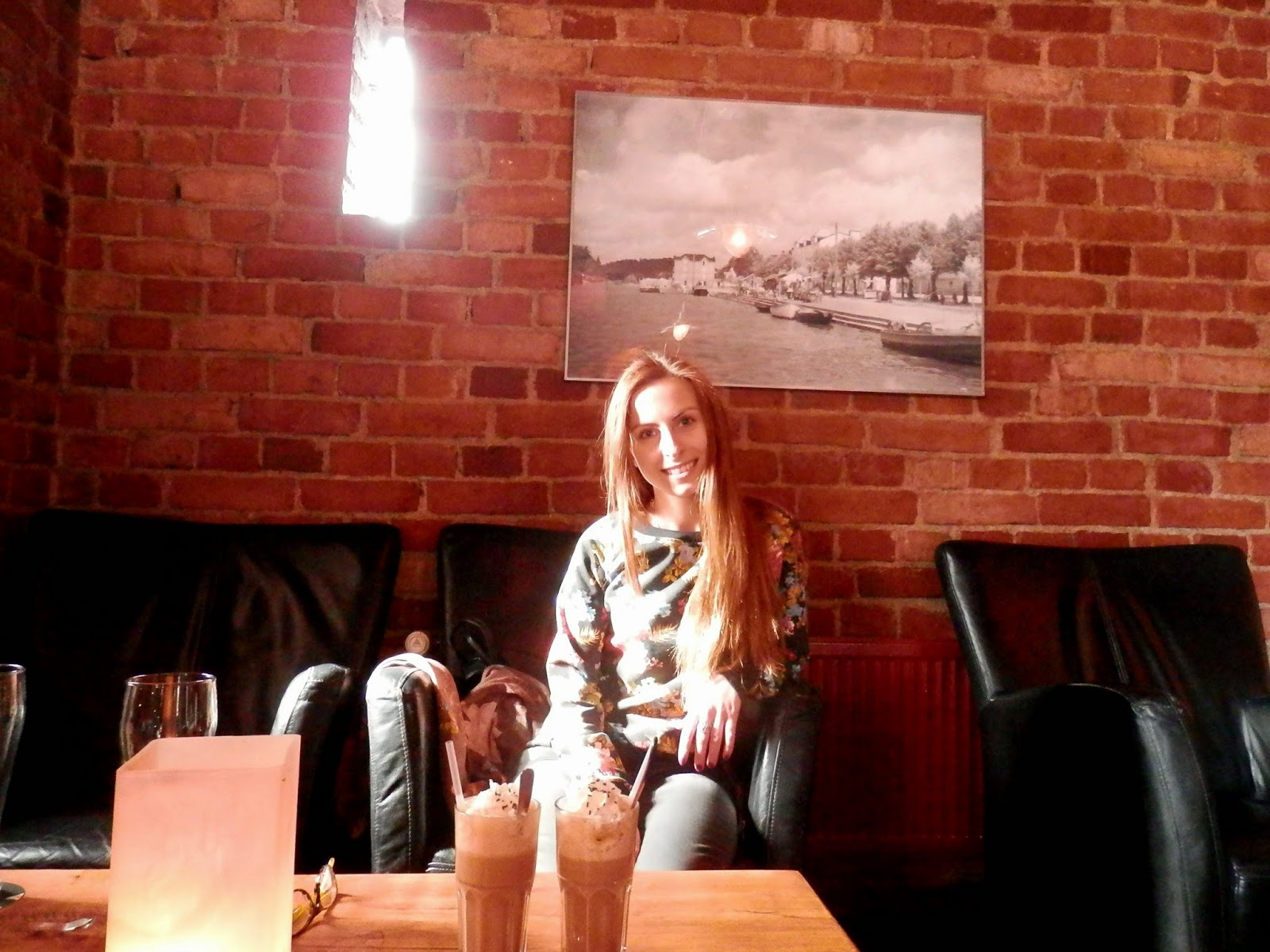 Because it was rainy, windy and cold, we needed some warm-up. Café-latte with cream, please. 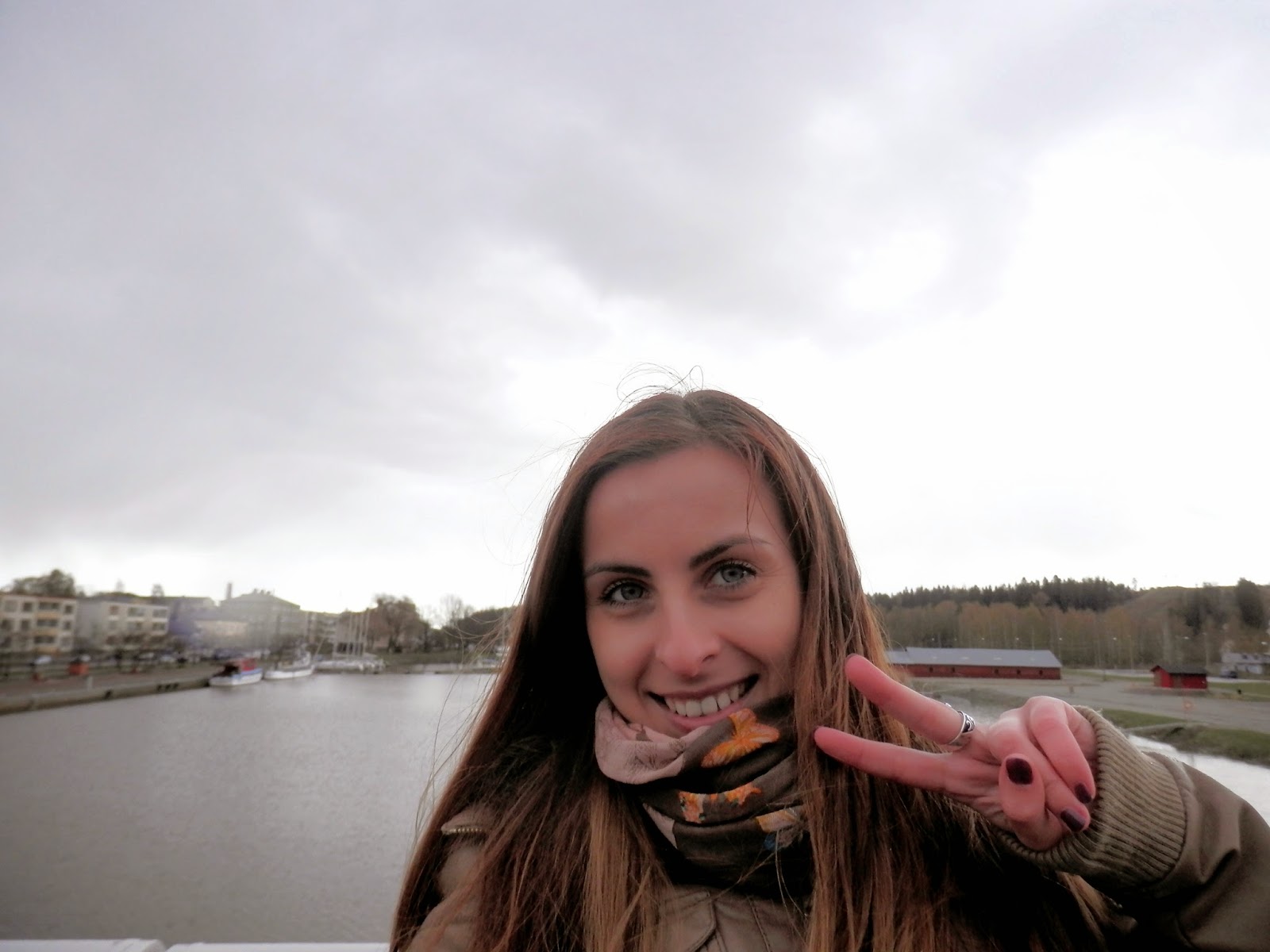 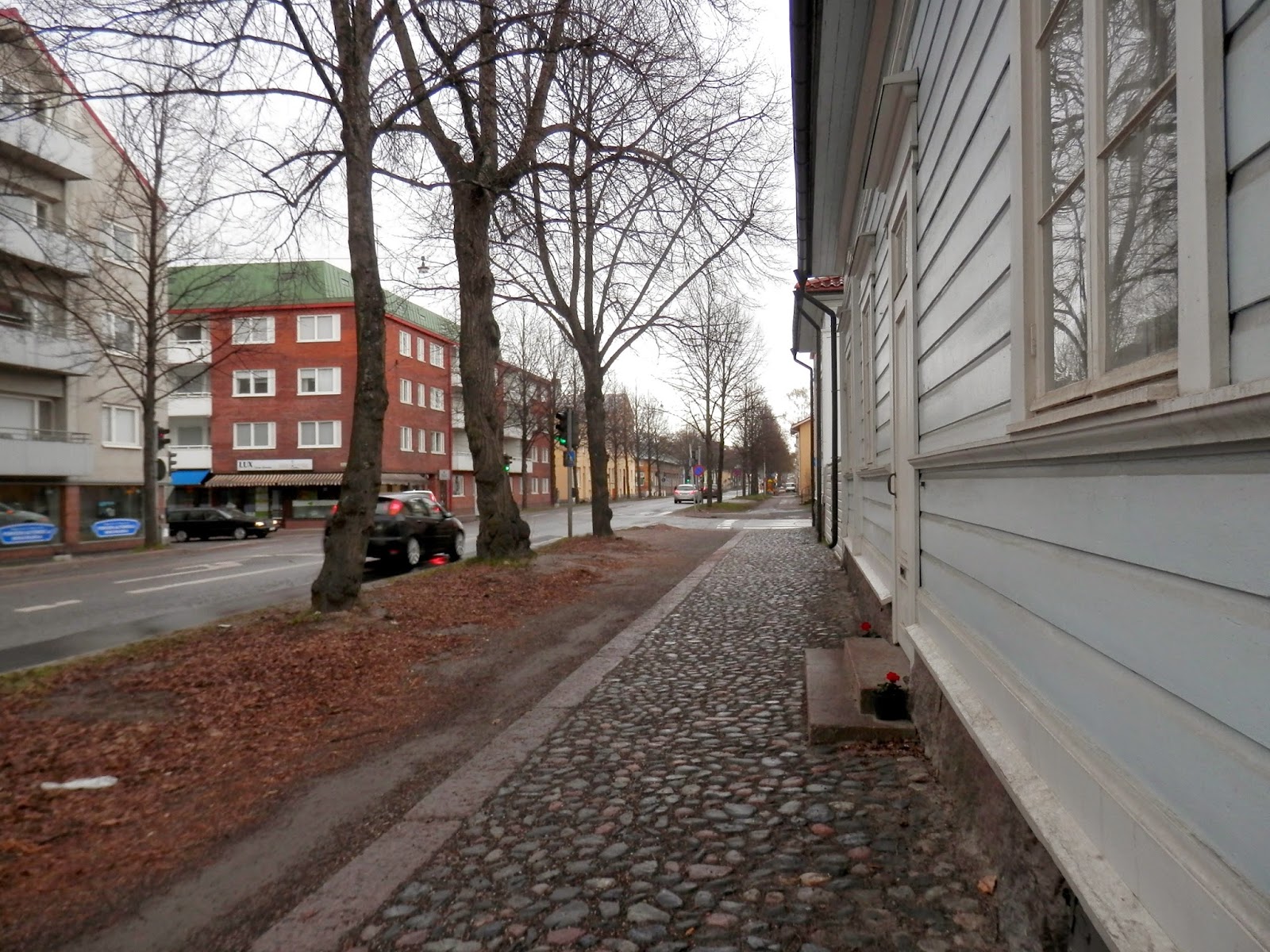 I don´t really know why, but this street reminded me of my home town. I guess those tipical trees and small streets influenced somehow. 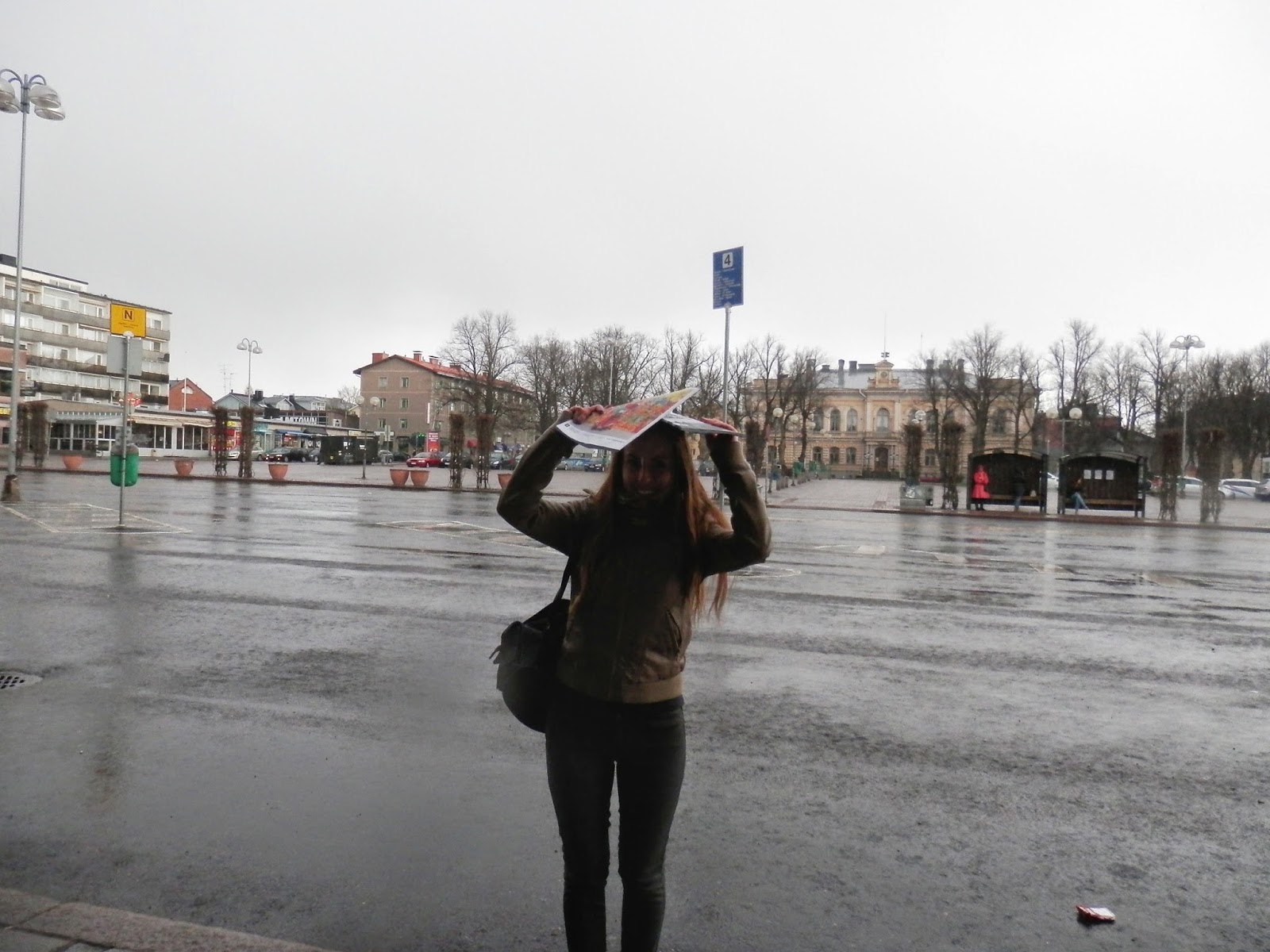 Thank you Sandra for being such a nice guide.
Finland travel